A Journey to Succeed: Laura Coulter

From Australia to America, Laura Coulter has made the 9,300 mile journey from Banora Point, Australia to Robert Morris University in an effort to enhance both her athletic career as well as her academic career. 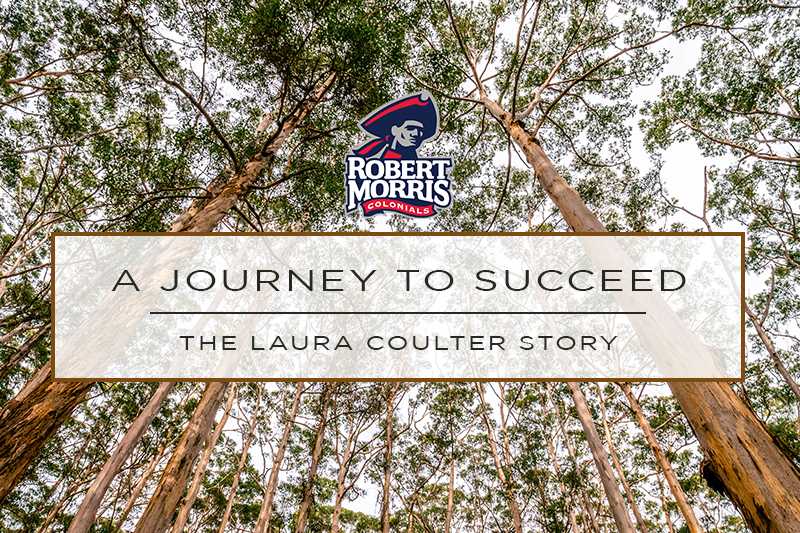 The country of Australia, located in the Southern Hemisphere, is known by Americans as the country where people drive on the wrong side of the road, are completely surrounded by water, have kangaroos, and is home to the Sydney Opera House.

The United States of America; located in the Northern Hemisphere, is known by Australians as the country where people talk funny, have bigger food portions and major cities such as New York and L.A., and, of course, also drive on the wrong side of the road.

In addition to their cultural differences, these countries are separated by thousands of miles and the Pacific Ocean. With all that in mind, you’re probably wondering why these two countries are appearing in a sports article, or for that matter the same story in general. There is a commonality between these two countries, and it involves a member from one of the Robert Morris University sports programs: the softball team.

More specifically, it involves a nineteen-year-old who has made the over 9,300 mile journey to better herself both on an academic and an athletic level. She is one of the three new pitchers for the Colonials softball team this season. Her name is Laura Coulter.

Coulter is from Banora Point, which is located near the eastern coastline of Australia. It was here that Coulter began to showcase her abilities and talents as a softball pitcher. She was a four-time recipient of Banora Point High School’s Sportswoman of the year; additionally, she was selected to represent the Queensland state team on eight separate occasions, and was a part of the U-19 (under 19 year-old) team that won its first national championship in over a decade.

If that wasn’t enough, Coulter was even selected to represent Team Australia on three separate occasions, and was named a reserve for the Australia team that competed at the 2015 Junior Women’s World Championship.

“She has made a name for herself,” said Head Coach Craig Coleman.

After Coulter graduated high school in 2014, she began to work with her mother full-time at a financial planning industry while still playing softball. During that time, she lived with her parents and younger sister at their home, which was near the local beach.

Though Coulter explained that she was happy to be working with her mother and being with her family, she said that she “wasn’t getting enough softball in her life.” It was then that she decided she wanted to apply for colleges in the United States.

Coleman explained that there are two reasons why Coulter made the decision to attend an American school. The first is because there are not many high-level organized collegiate sports leagues among the colleges in Australia. Secondly, he explained that Coulter had not yet been exposed to the style of strength and conditioning that is practiced in most American athletic programs.

With these in mind, Coulter began to seek out and apply at various schools across the United States over this past summer with the help of a sports agency. Specifically, she worked with the American University Sport Recruit organization.

On the other side of this story was Coleman and the Colonial softball team. Coleman explained that during the off-season, the team had lost one of their pitchers and was in need of a third pitcher.

“We had given up hope that we were going to find a new pitcher,” Coleman said.

It was here that an opportunity had opened up for both Coulter and the Colonials.

Traditionally, at the time when Coulter was applying, most schools already have their rosters set or do not have any scholarships left to acquire a new athlete. However, Coleman did because of the departure of the team’s third pitcher.

Coleman explained that he immediately seized the opportunity and contacted Coulter about his interest. After a virtual tour of the campus and a few conversations with Coleman; Coulter had become the newest edition to the softball team.

Coulter explained that she is very pleased with the opportunity she has been given.

“Yeah I’m really excited,” Coulter said. “I love the competition and that’s what I wasn’t getting enough of at home.”

Coleman had also expressed his excitement about having Coulter on the team. He explained that her experience is just what the team needed this season and he is really excited to see her play.

“When you’ve pitched against team USA, pitching against Sacred Heart is not going to be a big deal,” Coleman said.