Preview: The Penguins travel from Youngstown to take on the Colonials 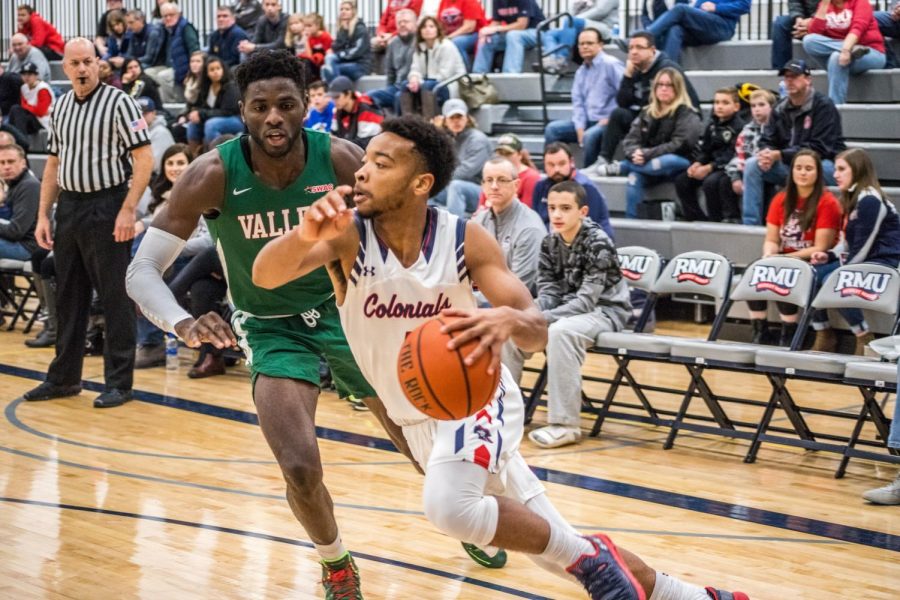 Recapping RMU
The Colonials are coming off an 84-46 loss to the No. 19 ranked Purdue Boilermakers (5-1). Malik Petteway had 10 points off the bench, while both Matty McConnell and Charles Bain had seven points. Bain also had six rebounds for the Colonials. In the game, the Colonials shot a combined 17/54 (.314) from the field.

As a team, they are averaging 70.2 points per game, while allowing 71.5 points per game on defense. RMU’s defense comes into this came with a turnover percentage of 20.7 that ranks 127th in the country, and an adjusted defensive efficiency rating of 102.8 according to kenpom. Both of those are first in the NEC by a significant margin and among the top 200 in the country. This is despite RMU taking on top 100 opponents USC (4-2) and No. 19 Purdue (5-1).
Scouting YSU
For the Penguins, they last played against the Westminster Titans (2-4) on Nov. 21. Youngstown State won that game by a score of 104-66. Donel Cathcart III (18), Garrett Covington (14), Jelani Simmons (13), Darius Quisenberry (13) and Kendale Hampton (10) all scored double-digits in the game. Youngstown State shot a combined 29/77 (.506) from the field.

The Penguins are averaging 82.9 ppg while allowing 81.1 which is a full ten points above RMU in both averages. YSU’s top two opponents were Pittsburgh (6-1) and Akron (4-2), both are outside kenpom’s top 100 rankings. In those two games, Youngstown State lost in both by scores of 69-35 (Pitt) and 98-69 (Akron) respectively.
Players to watch
Josh Williams (RMU) – Williams is averaging 18.0 ppg, and .479 from the field. While he struggled against No. 19 Purdue on 2-7 shooting, he put together another strong performance the week before against Stetson, who is more comparable to Youngstown State. In that game, Williams finished with 18 points on the night.

Garrett Covington (YSU) – Covington is right behind Cathcart III in scoring as he is averaging 10.4 ppg. Despite being second on his team in scoring, the sophomore guard is only averaging 10.4 ppg. Covington’s true value comes on defense though as he is ranked No. 28 in the NCAA with a 4.9 steal percentage.
Prediction
The Colonials and the Penguins both start strong, and the game ends with the Colonials pulling out a win in overtime, 78-73. McConnell has seven steals for the Colonials, while Josh Williams scores 23 points, and shoots 4-7 from behind the arc.