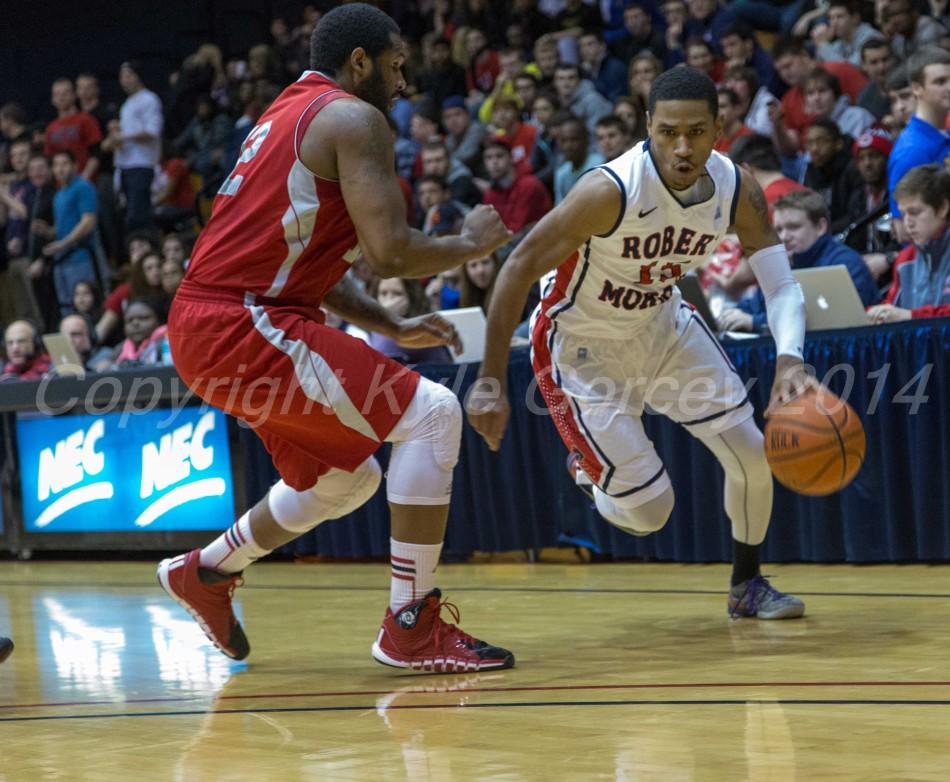 As the final seconds were winding down on Robert Morris’ 2013-14 season, seniors Karvel Anderson and Anthony Myers-Pate took a second to embrace at half court of Belmont’s Curb Athletic Center.

It wasn’t the picturesque ending to their careers that both players were hoping for, but in that moment, they undoubtedly reflected upon their time as a Colonial.

Despite a 23 and 14 point performance from Anderson and Myers-Pate, respectively, RMU was unable to erase a late 16 tally deficit, falling to Belmont, 82-71, Friday night in the second round of the National Invitation Tournament in Nashville, Tennessee.

“It was a crazy ride. We overcame a lot of adversity, and I wouldn’t trade it or anything. I’m gonna miss this team,” Anderson said after the contest. “Belmont is a great team. They’re deep and very efficient. But this loss, or our loss to Mount, doesn’t define our season.”

Anderson netted two triples during the game’s first two minutes, giving the Colonials a six point advantage, but a 14-4 run by Belmont put the Bruins up with 11:49 remaining in the first half.

Despite only trailing by six at the 15:12 mark of the second half, Robert Morris was never able to come any closer and a 12-3 Belmont run put the game, and RMU’s hopes of an NIT run, out of reach.

However on the final shot of his collegiate career, Anderson did what he does best.

“Karvel and Ant leave this program better than when they came into it, and that’s a credit to those two as individuals,” said head coach Andy Toole. “This group taught me a lot about coaching and they did a great job overcoming odds against them. I’m incredibly proud.”