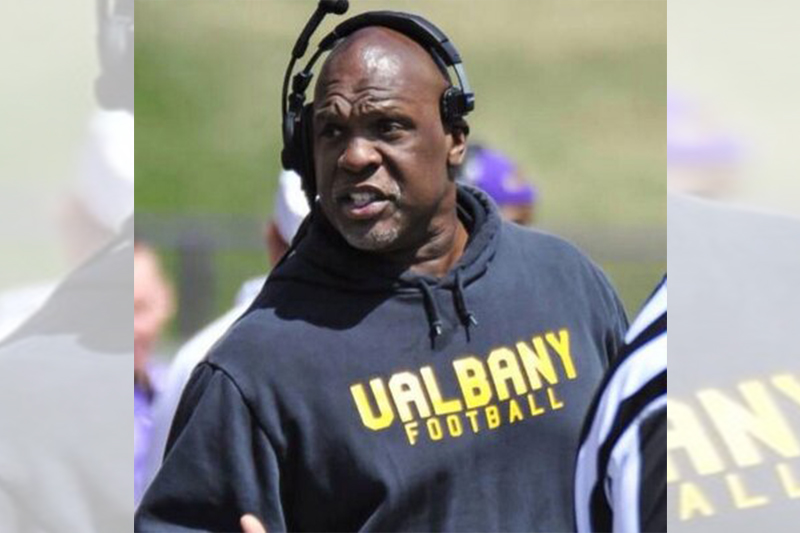 After a month-long nationwide head coaching search, Robert Morris University has named University of Albany defensive coordinator Bernard Clark the third head coach in the history of their football program.

The hiring was first reported by Footballscoop.com.

Clark is a University of Miami graduate who spent two seasons playing in the NFL with the Cincinnati Bengals and Seattle Seahawks as a middle linebacker.

Before his professional football career, Clark was named the Orange Bowl MVP in the 1987 national championship game.

Clark’s first coaching stint came in 1998 when he became the defensive end coach for James Madison University. Since then, Clark has gained experience coaching linebackers and special teams while also being the defensive coordinator for three different teams, including Albany.

Clark comes to Moon Township in hopes of turning around a team that has failed to achieve a winning season since their 2010 NEC championship run back with legendary head coach Joe Walton.

The team finished the 2017 season with a 2-9 record, losing their final eight games of the season and posting one of the worst offenses in the nation.