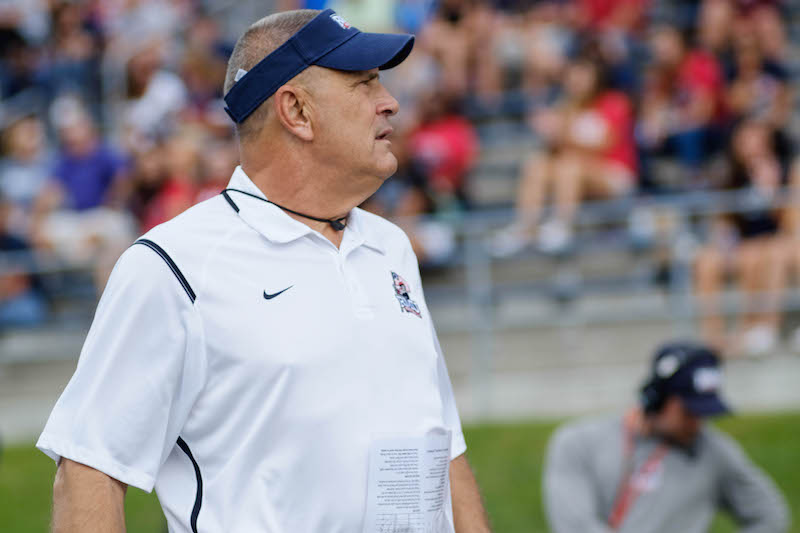 The Robert Morris football program will continue to be led by head coach John Banaszak, at least through next season.

Dr. Craig Coleman, director of athletics, announced today that the university and Banaszak have agreed to extend his contract through the 2017 season. This is the final year of his original three-year contract.

The announcement came via a press release on the university’s athletics website, rmucolonials.com.

Through 30 games as head coach of Robert Morris, Banaszak has a record of 6-24, though the administration cited his leadership ability as a strong case for sticking with its head coach.

“Coach Banaszak has shown great leadership this year with a team that is extremely young and decimated with injury, and yet continues to improve and refuses to quit,” said Coleman in the press release from RMU Athletics. “This will lead to a resurgence of our program in the near future.”

The Colonials are 1-7 (0-3 NEC) so far this season and will return to Moon Township on Oct. 29 to face off against Central Connecticut State, who sits just above RMU in the Northeast Conference standings. Kick-off is set for noon.