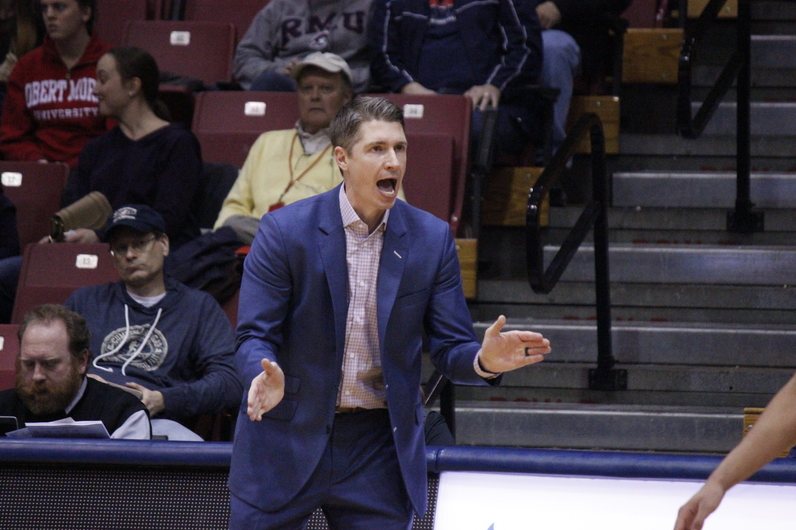 Head coach Andy Toole was already contracted through the 2019-2020 season but will get one more additional year as Robert Morris Basketball’s leading man. Toole signed a one-year extension today, which will keep him with the Colonials until at least the 2020-2021 basketball season.

In a press release, RMU athletic director Dr. Craig Coleman discussed the extension. “We’re very pleased to have extended Andy’s contract for an additional year,” Coleman said. “He’s brought great leadership to our men’s basketball program, and we feel confident with the news of our new event center that our program under his leadership will reach even greater heights.”

Since becoming RMU’s head coach in 2010, Toole has posted a 199-131 record, which includes two Northeast Conference regular season championships and four appearances in the NEC championship game. His most notable accomplishment is the Colonials’ 2013 NIT tournament upset win over the Kentucky Wildcats, considered by many the greatest upset in the history of Robert Morris men’s basketball.

Toole will likely be speaking at the press conference held in the Sewall Center at 5:15 p.m. this evening with more details to follow on his extension and the new event center.