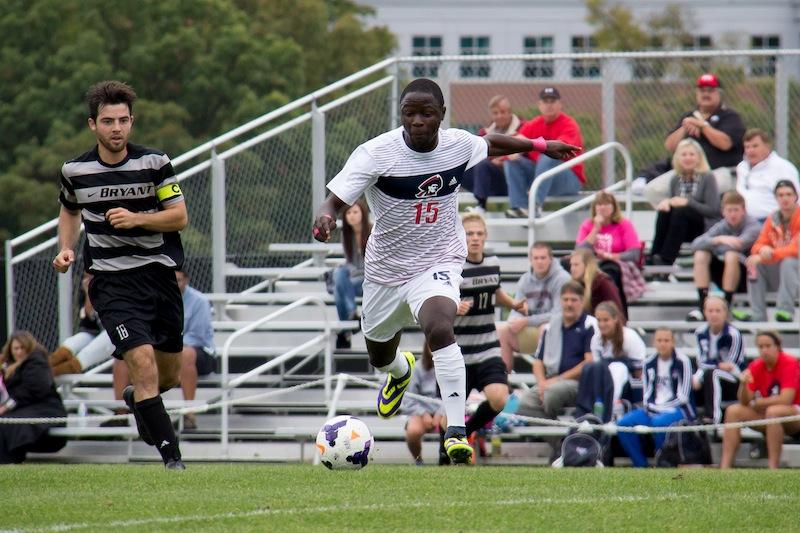 Neco Brett and Corey McCurdy have been honored by the Northeast Conference for their play in the VMI Jay Scully Memorial Tournament over the weekend.

Brett earned U-ADE NEC Player of the Week after posting seven points in two games. The junior forward scored the Colonials’ lone goal against Liberty on Friday, and then tallied two goals and an assist in a 4-0 rout of VMI.

Brett now has 12 points for Robert Morris this season, and is on pace to surpass his 36 point total from last year that led the nation.

McCurdy, a freshman midfielder, played 178 of a total 183 minutes over the weekend and earned U-ADE NEC Rookie of the Week honors in the process. He recorded his first career point Friday with an assist in the overtime loss to Liberty.

Robert Morris hits the road again in its next match when they face James Madison on Sept. 19.