Coach Clark says Colonials showed a lot of resilience, but tackling is still an issue 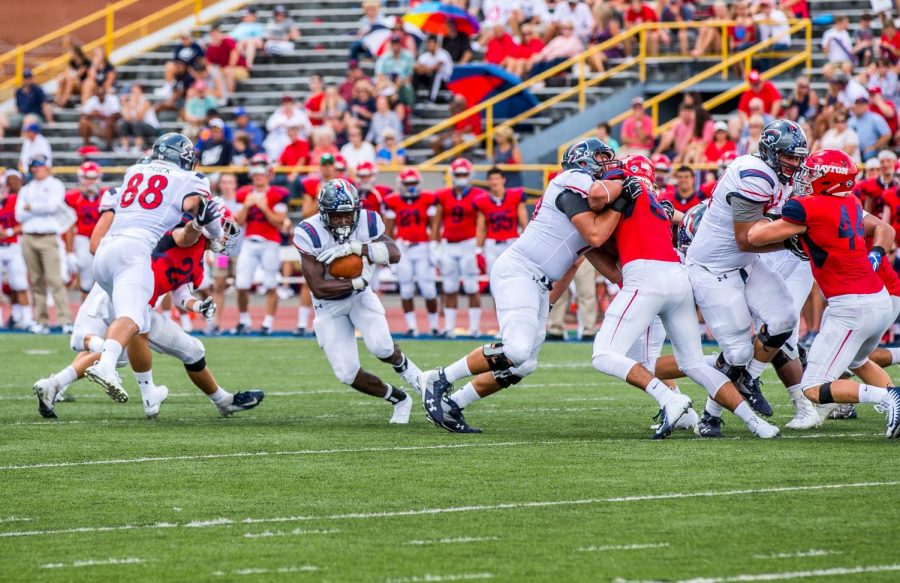 “Our biggest takeaway is what it has always been so far this year,” said RMU head football coach Bernard Clark Jr. “We haven’t given up, we continue to fight.”

Clark is referring to the 18-point comeback mounted by the Colonials this past weekend. RMU trailed 42-24 against the Bryant Bulldogs with 10:01 left in the third quarter before an onslaught of offense gave the Colonials a 46-42 lead.

Ultimately the team would lose to the Bulldogs by a score of 49-46, bringing Robert Morris’ season record to 1-3. And with that record does come a need for change.

The biggest issues for the Colonials this season have come on the defensive end. The team currently ranks last in scoring defense in the NEC, allowing an average of 47.5 points per game.

There has been just one game so far this season where the Colonials have allowed under 40 points of opponent scoring. That came in their 22-19 victory against the Virginia State Trojans in RMU’s home opener. And even in that matchup, the Colonials gave up 444 total yards of offense.

Coach Clark discussed how the biggest issue plaguing the defense this season has been tackling.

“We’re still trying to make sure our guys understand the defense, solidify the defense and simplify it as much as we can,” said Clark. “But our tackling must get so much better than what it’s been in the past. We didn’t miss as many as we did before, but we still missed 21 tackles (against Bryant).”

The biggest spot where all these missed tackles can be seen is on third and fourth down. The Colonials failed to stop the Bulldogs on a key fourth-and-12 situation that would have given Robert Morris a chance to tie or win the game. The Colonials have struggled in these situations all season.

RMU has allowed their opponents to convert on 44.7 percent of their third downs (21-for-47) and 75 percent  of their fourth downs (6-for-8), both of these numbers are good for last in the NEC. Clark will certainly be looking for his team to improve these numbers.

Robert Morris heads into a bye week this upcoming weekend before returning home to play the Central Connecticut State Blue Devils on Oct. 6.