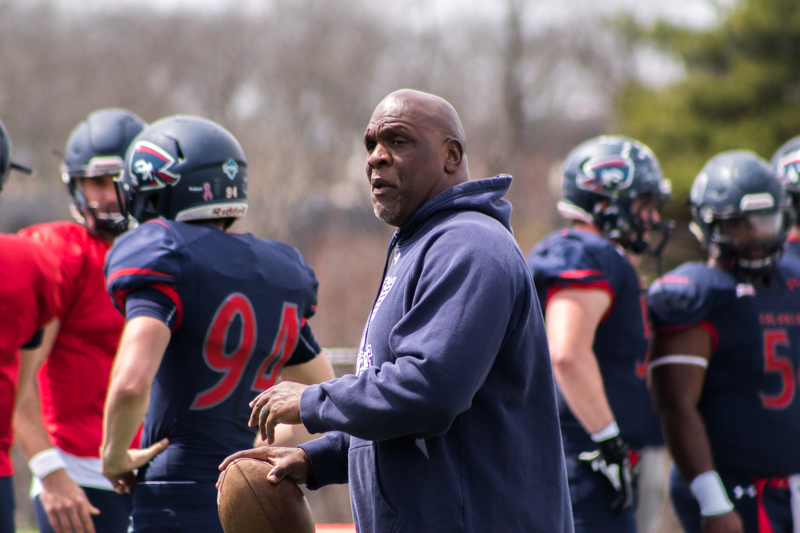 Bernard Clark works with his team in preparation for his first season at the helm.

MOON TOWNSHIP — After a season in which the Robert Morris football team (7-5, 6-1 NEC) posted a winning record for the first time since 2010 and finished second in the NEC, head coach Bernard Clark Jr. and eight players received conference recognition.

After winning more conference games this season than the program did in the previous five years (four), Clark was named NEC co-Coach of the Year. Clark, who is also a finalist for the Eddie Robinson Award, which goes to FCS football’s top coach, shares the NEC award with Central Connecticut State University’s Ryan McCarthy, who finished the season with a school-record 11 wins and won the NEC with a 7-0 record in his first season.