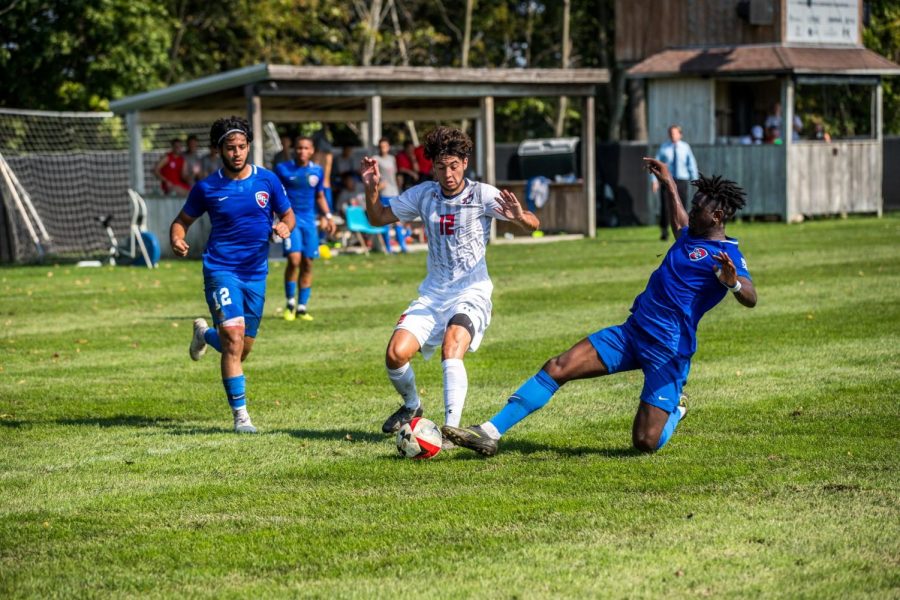 MOON TOWNSHIP — The Robert Morris Colonials men’s soccer team (5-10-1, 2-5) will take on the Saint Francis Red Flash (9-3-3, 5-0-2) on Friday, November 2nd at 3 p.m. at the North Athletic Complex. Before the game the team will be celebrating senior night and the seniors that will be honored are goalkeeper Winter Fondi, defender Owen Pearce, midfielder Kai Olguin, forward Zac Sherman, midfielder Noah Elamin and defender Mason George.

In order for the Colonials to make the playoffs, the following must happen:

The Red Flash average shots per game is 13.7 while their opponents is 10.5. Their shots on goal percentage is .395. Their opponents shots on goal percentage is .365. SFU has a 1.87 goals scored average while they allow on average 1.20 goals per game.
Players to watch
The players to watch for the Colonials are seniors Zac Sherman, Owen Pearce and Winter Fondi. Sherman has started and played 15 of the 16 games this season. He leads the team in game winning goals two, five goals,, 32 shots, 16 shots on goal and is tied with fellow teammate Owen Pearce with four assists. Pearce has started and played all 16 games this season and is behind Sherman with three goals, 22 shots and 11 shots on goal. Fondi has played and started in 15 out of the 16 games. He has made 58 saves in those games.

The players to watch for the Red Flash are senior forward Mario Mastrangelo, freshmen goalkeeper Alex Morgret and sophomore midfieder/forward Leonardo Ribeiro. Mario Mastrangelo leads the team with nine goals, six assists and 22 shots on goal. Ribeiro is second on the team with three goals, he also has four assists and nine shots on goal. Morgret has played in 12 games but started 11. He has allowed 13 goals and has 34 saves.