Colonials hope to turn season around as they face Howard 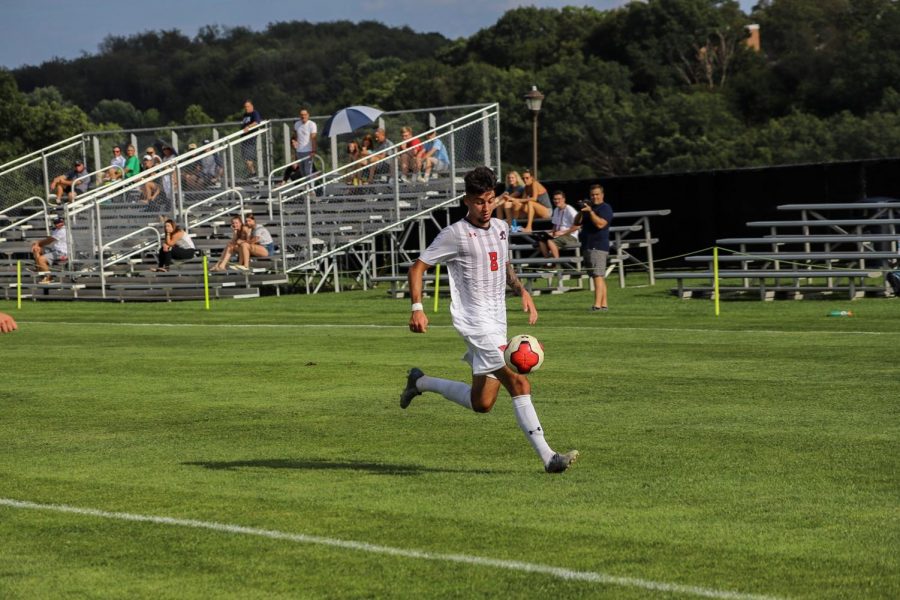 MOON TOWNSHIP — The Colonials men’s soccer team (1-6) will be matching up against Howard University (1-4), an opponent that they have dominated over the past few years. The Colonials will host the Bison on Sunday at 11:00 a.m., where they will look to turn their season around.
Recapping RMU
The Colonials are in the midst of a two-game losing streak following a 2-0 loss to Duquesne University (5-0-1) this past Wednesday. They had only attempted four shots on goal and gave up 10 opportunities from the corner. This past Sunday, they lost 3-0 to Longwood (3-2), despite having more shot attempts overall and eight corner kicks.
Scouting Howard
The Bison are 1-4 so far this season, and most recently suffered a loss against St. Francis-Brooklyn (3-1-1). So far through the season, the Bison give up an average of 13 shots per game to their opponents. Their most recent victory came against Bryant (2-3) who they beat 3-2 last Sunday.

Since 2013, the Colonials have won five out of the last six games against Howard University, scoring a total of 14 goals. Their last meeting was in 2018 on September 22nd, where RMU scored in the 75th-minute to defeat the Bison 1-0.
Players to Watch
Andres Gomez (Howard)

Last season, Gomez was the second leading goal scorer as a junior and converted on over 50% of shots on goal. This season, he has attempted the most shots out of everyone on his team, and the Colonials will have to limit his shot attempts if they hope to keep their winning streak against Howard alive.

Coridon leads the Colonials in shot attempts this season, and if he continues to be aggressive, he has the potential to give his team the advantage over Howard. The Bison have not done well over the past few games when they have given up a high number of shot attempts, and Coridon can help keep the narrative true.
Prediction
RMU has attempted a high number of shots in previous matchups but has been unable to convert on many of them. Howard’s defense, however, has lost many of its games due to the fact that they give such a high number of opportunities to the opponent. Based on the previous history between the two schools, I predict a much needed 2-1 victory for the Colonials over Howard University.