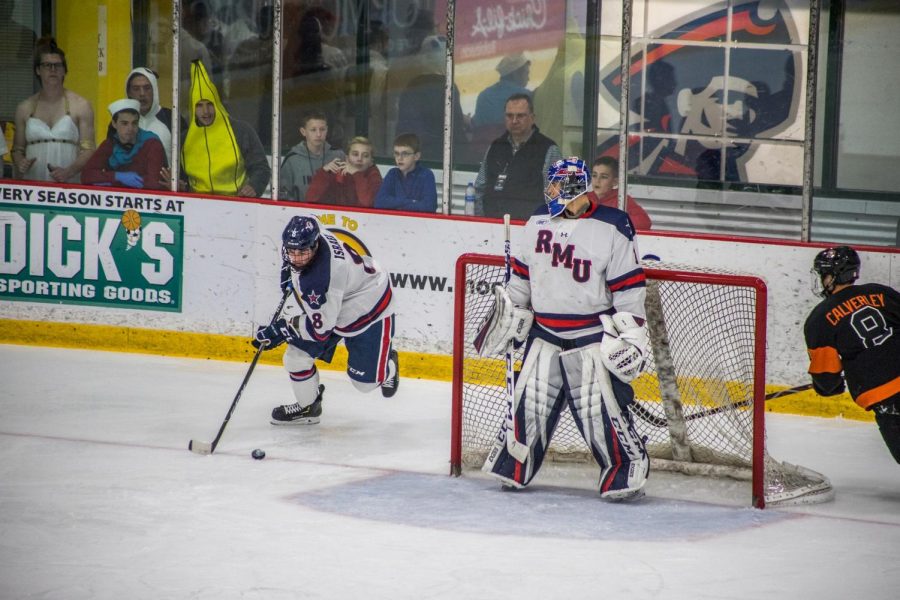 Recapping RMU:
The Colonials have hit a bit of a skid recently, coming into this match winning two of their last five matches. Last weekend, they split a two-game set against RIT (3-2-0, 1-1-0 AHA), which saw the Colonials shut out the Tigers 3-0 in the first game and fall 2-1 in overtime in the second game. Goaltender Francis Marotte picked up the shutout in the first game. Kip Hoffmann, Nick Lalonde and Daniel Mantenuto all put up two points last weekend.
Scouting Niagara:
The Purple Eagles have also had a rough patch of games recently, having won one of their last five. Last weekend, they traveled to Colorado for a two-game series against the Air Force Academy Falcons (2-4-0, 2-2-0 AHA) which saw them take one of two from the Falcons. In the first game, Niagara shutout the Falcons, 5-0, and in the second game the Falcons edged out the Purple Eagles 2-1. Goaltender Brian Wilson got the shutout in game one, and four different players recorded two points on the weekend.
Players to Watch:
For the Colonials, Alex Tonge leads the team with five points, two goals and three assists. While only having one point last weekend, look for him to put up more against Niagara.

Another Colonial to keep your eye on in the coming weeks is Kip Hoffmann. Hoffmann who scored his first two points last weekend with two assists in an offense-deprived weekend.

For Niagara, definitely keep an eye on sophomore goaltender Brian Wilson. Fresh off of a 39-save shutout, he was named Atlantic Hockey’s Goalie of the Week. He is 2-2-0 this season with a 1.76 GAA, and a .942 save percentage. Also, keep an eye on Luke Edgerton who recorded two assists last weekend for Niagara.
Prediction:
Both teams run into hot goaltenders, but the Colonials pull away in both games and sweep the two-game set.