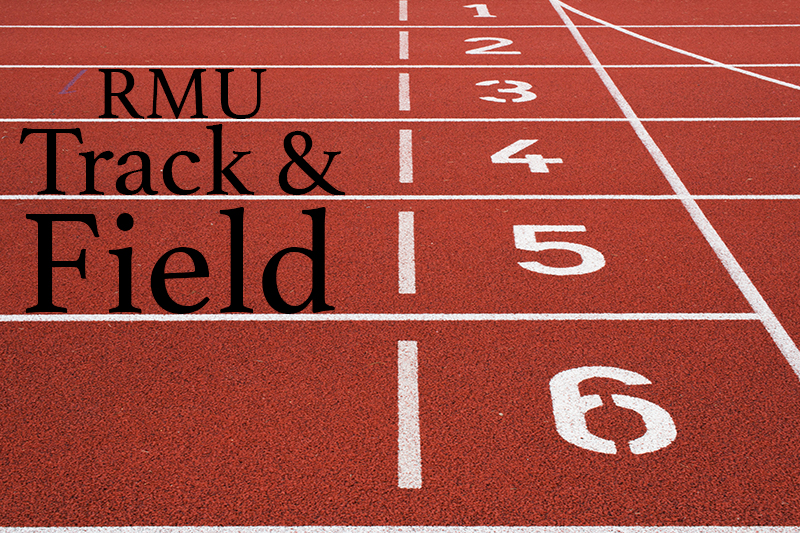 STATEN ISLAND, N.Y. — The Robert Morris track and field team is heading to Staten Island for the NEC Indoor Track Championships. Last week, the Colonials took a limited team to the SPIRE Division I Classic in Geneva, Ohio.

At last weekend’s SPIRE Division I Classic, the 4×400 meter relay was the event that shined for the Colonials. The relay, made of Anna Chasovskaia, Madison Mueseler, Brooke Oldfin and Samantha Felton finished eighth, with a time of 3:54.29. That time is the fourth best in RMU history.

The triple jump was another positive event for Robert Morris, as two Colonials finished in the top 10 with both athletes achieving their personal best. Nina Radisavljevic finished fourth with an 11.65 meter (38′ 2.75″) jump, and Ivanna Jones finished eighth with a leap of 11.39 meters (37′ 4.5″). Radisavljevic also won the NEC Women’s Field Player of the Year.

Finally for the Colonials, Estelle Kantende continued her great year, placing second in the shot put with a toss of 13.73 meters (45′ 0.5″). Kantende currently holds six of the top ten places in the Colonials record book in the shot put.
Athletes to watch
Estelle Kantende: Kantende, a sophomore thrower from Valbonne, France, has been one of the most consistent Colonials on the roster this season. In all five meets, Kantende placed top five in every meet. Her personal record this year in the shot put is a toss of 14.34 meters (47′ 0.75″).

Zoe Roush: Roush, a freshman from South Fork, Pennsylvania, has had a fantastic freshman campaign. Primarily a jumper, Roush’s personal best for the triple jump was a 5.51 meters (18′ 1″) at the YSU Mid-Major. That jump was seventh best in RMU history and Roush’s first collegiate win. In the long jump, Roush set her personal best at the YSU Icebreaker with a 5.59 meter (18′ 4.25”) jump, which placed her fifth in Colonials history.

Nina Radisavljevic: Throughout Radisavljevic’s two years as a Colonials, the sophomore from Belgrade, Serbia has been a master of trades for Robert Morris. Radisavljevic has competed in the 60 meter hurdles, 400 meter, 500 meter, 800 meter run, triple jump and the 4×400 meter relay.