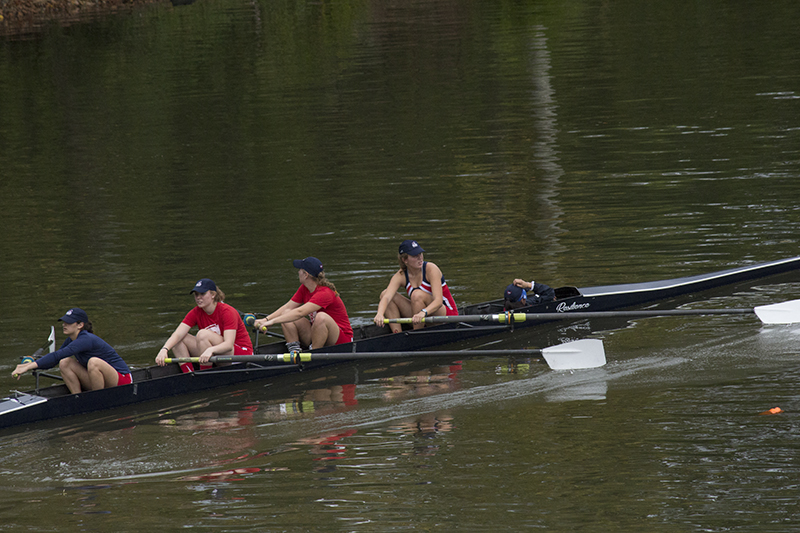 FAIRFAX STATION, Va. — On November 3, the Robert Morris rowing team will head to Sandy Run Regional Park in Fairfax Station, Virginia to take on the George Mason Patriots, among other crews, in the Head of the Occoquan rowing tournament.

Sandy Run Regional Park is a rowing facility located on the Occoquan River, which flow is a 24.7-mile river that is a tributary of the Potomac River, and solely flows through the state of Virginia.

This year, the Colonials finished last at the Mercyhurst Classic on September 29, with a time of 21:10.59. The Colonials rowed again on October 13, in a friendly scrimmage against West Virginia University and Duquesne on the shores of the Allegheny River.

The Patriots of George Mason have had one match so far this year, competing against the Saint Joseph’s Hawks in the Navy Day Regatta on October 13. In the match, the George Mason “A” boat finished in 15th place in the Open Collegiate 4+. The boat finished with a time of 16:06.87. The Patriots are coached by Joseph Richards, his first year at the helm of the crew.