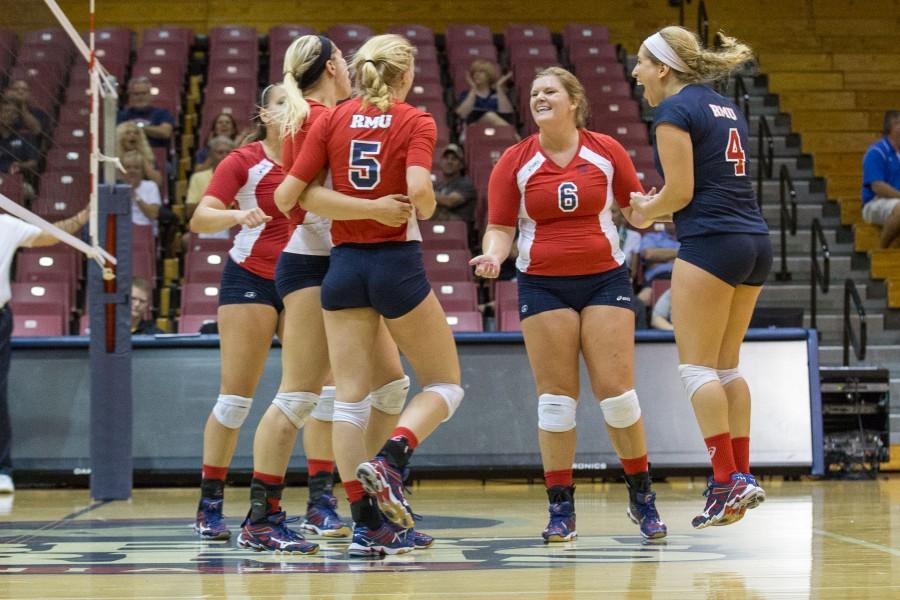 The Colonials used three straight set wins Friday night to defeat The Citadel and earn their first win of the season.

Robert Morris women’s volleyball downed Bryant Sunday in a five set match at the Sewall Center. The win improved the Colonials to a 10-1 conference mark on the year, and clinched a Northeast Conference tournament berth.

The Colonials were up-and-down throughout the match, combatting a slow start to take control of the afternoon.

“I’ve given up on trying to figure the girls out,” head coach Dale Starr joked after the game. “Our mental preparation, even during warm-ups wasn’t very good, our energy wasn’t great.”

Despite the lack of preparation, the team found their niche and sent the Bulldogs packing.

“We always say that we have to find a way,” senior outside hitter Alena Esposito said. “It’s an awesome feeling knowing that we’re 10-1 now.”

Saturday’s victory tallied the team’s tenth victory in the conference, two more than they won all of last year.

“We’ve been so used to coming in as the underdog,” said Starr. “It’s a different mentality coming in as a favorite. We’ve got to come in and exude that confidence.”

A team that is used to playing from behind is now in a position to step in front of the competition. RMU has high hopes for the rest of this season.

“We want to get a share of that conference title,” said Starr. “This kept us on track.”

The Colonials return to action Nov. 8th when they attempt to collect conference win number 11 against Saint Francis (PA) in Moon Township.