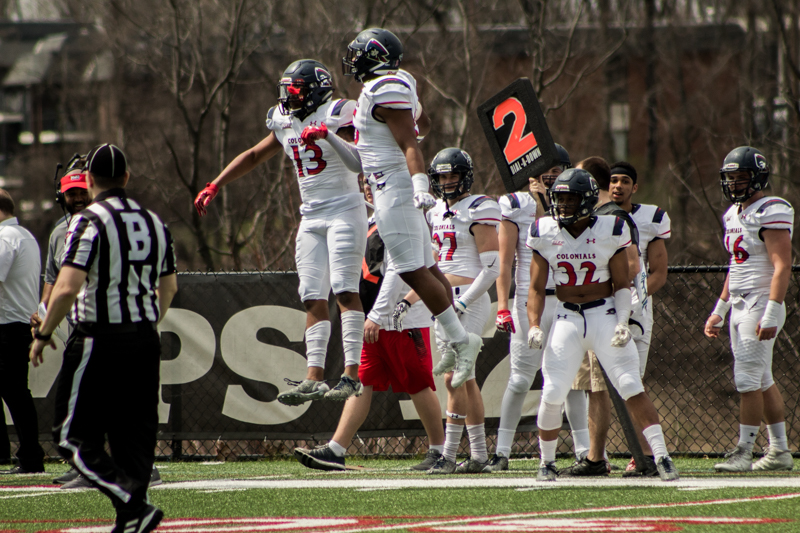 It is hard to believe, but the Robert Morris football season is upon us. The Colonials will take on the Flyers of Dayton this Saturday. Not only will this be the first game of the new season, but it will be the first game under new head coach Bernard Clark, Jr.

Last year, Robert Morris finished the season with a 2-9 record. Despite starting the season off 2-1, including a big victory over Dayton, RMU lost their final eight games of the season. It was a skid that featured several lopsided losses, including an embarrassing 51-14 loss against rival Duquesne. It was clear that it was time for a change.

That change came when head coach John Banaszak stepped down from his position, and the search for someone to step into the role began. On Dec. 19, 2017, Bernard Clark, Jr was announced as the next head coach. Clark attended Miami University, where he also played football. His talent eventually landed him in the NFL, and he spent time with both the Bengals and Seahawks. He has been a college coach since then and was most recently an associate head coach and defensive coordinator at the University of Albany.

Since arriving in December, Clark has been able to get people excited about the upcoming Robert Morris football season. There has been a lot of talk about changing the culture of RMU football. This has led to the motto “Culture Shock” being used to promote the team. This new energy combined with some key additions and players returning, has led to some genuine excitement about the upcoming football season. Let’s now take a look at a few key people and games.

Game to Watch: Robert Morris at Dayton, Sept. 1
Words don’t describe how important this game will be for the Colonials. This will be the first game under Clark, and Colonials fans will get to see if the hype surrounding the team is worth it. This new coaching staff has created a lot of positive energy for the team, and many fans will expect big things in Dayton. Not to mention, the Colonials were able to knock off the Flyers with a game-winning field goal last season. This game could very well dictate not only how this season goes, but how the Clark era goes.
Game to Watch: Robert Morris at Duquesne, Oct. 13
As mentioned earlier, Robert Morris fell to Duquesne by a final score of 51-14 last season. As if that loss wasn’t bad enough, it took place on RMU’s home turf. This season, Robert Morris will head to Duquesne and seek revenge. By this point in the year, we will have a good idea as to how good the Colonials really are. Regardless of their record at this time though, beating your arch rival on their home field after they embarrassed you the previous season is crucial. Another storyline factoring into this game is Scott Fairson. A former coach for the Colonials, he will be the linebackers coach for the Dukes this season. Robert Morris will definitely be looking to put the Dukes in their place on Oct. 13.
Player to Watch: Terence Stephens, running back
Terence Stephens is a transfer running back headed to Robert Morris from Bowling Green. While at Bowling Green, Stephens gained 121 yards on 21 carries throughout his two seasons there. Stephens has the potential to strengthen the RMU rush offense. Last season, the Colonials finished last in the NEC in rush yards. Stephens is a great option to turn to in order to help turn this rush offense around, and he is definitely someone to look out for this season.
Player to Watch: Jimmy Walker, quarterback
While Walker has not yet been confirmed as the starter for the Colonials, it makes the most sense on paper for that to be the case. Walker has a lot of experience and has also been taking the first-team reps at practice. He will need to be an on-field leader this season and help keep his team motivated throughout the games. He threw at least one interception in each of the last five games during the 2017 campaign. It will be crucial for Walker to keep the ball in the Colonials’ hands and keep the offense running efficiently.

This will be a very exciting year for Robert Morris football. There are a lot of people that are excited to see just what this team can do this year. Thankfully, we are just days away from kickoff on the 2018 season. Stay tuned to RMU Sentry Media for updates on the team all season long.