Everything you need to know: Colonials vs Howard Bison in women’s soccer 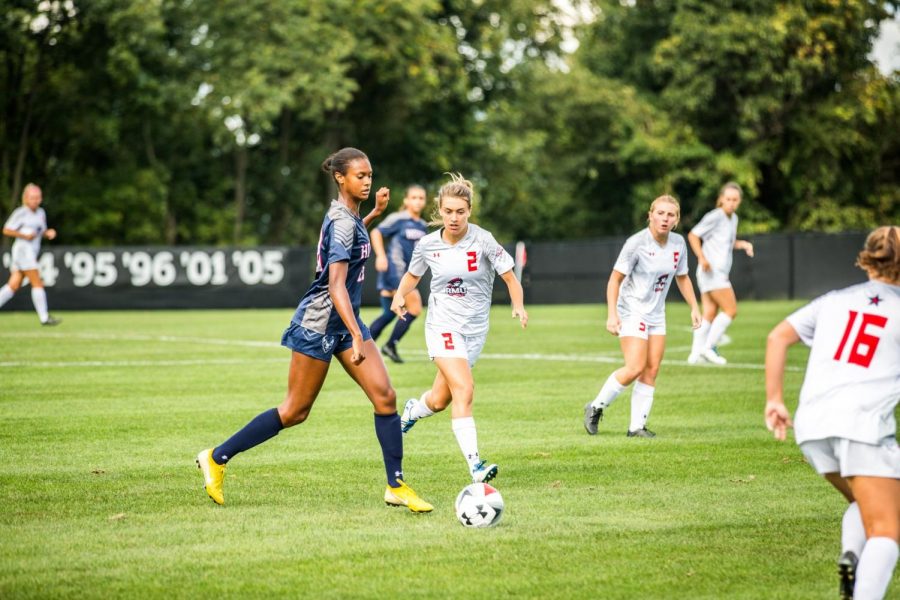 Many shots on goal, corner kicks and scoring opportunities led the Howard Bison (2-4) to win 3-1 during a meeting against the Robert Morris Colonials (1-6) in Women’s soccer action in Moon, PA on Friday afternoon.
Why it happened
Right off the bat, the Bison had scoring pressure, but it wasn’t until later where #10 Whitney White danced through the Colonial defense and scored just 20:22 minutes into the game. However, the Colonials answered later in the late stages of the first half at around 38:37 with a corner kick goal that was scored by junior Kristina Kelley and assisted by Annie Varjonen.

In the second half, however, it was all Howard as Jordan Taylor scored two impressive goals back to back. One by stealing the ball from RMU’s goaltender, and the other by dribbling through two RMU defenders and shooting left side.

What it means
Head coach John Kowalski stated that he believes that the team was simply outplayed in this match-up. Kowalski explained that aside from senior Jane Schleicher, the team needs more offensive talent.

“At the moment the players to help out with the offense are either on the bench injured or not on our roster,” said Kowalski.

Having injured players may be a disadvantage but it certainly helps give other players the time to shine. Only time will tell if the depth pieces on the roster will be able to step up and fill the void.
Who starred
Despite a 2 goal loss, both Robert Morris goaltenders, Julia Schmid, and Sydney Bruckner were phenomenal and kept the team alive when they needed it most. The combined duo faced 18 shots on goal and 12 corner kicks, some saves coming in a flurry of rapid shots.

The aforementioned Whitney White also obviously starred in this game as her two goals and many shots on goal directly led to the Bison win. freshman defenseman Kendall also was able to set the Bison’s up with some strong scoring chances.
Who stumbled
It’s obvious here that the Colonial defense struggled, letting players such as Whitney White dance right through them. The Colonials gave up 22 shots with 18 of them being on goal, leaving much room for improvement.
Who is next
The Robert Morris Colonials Women’s Soccer team will face Youngstown State, Sunday at Youngstown Ohio at 1:00 where they will try to put an end to their 6-game losing streak.