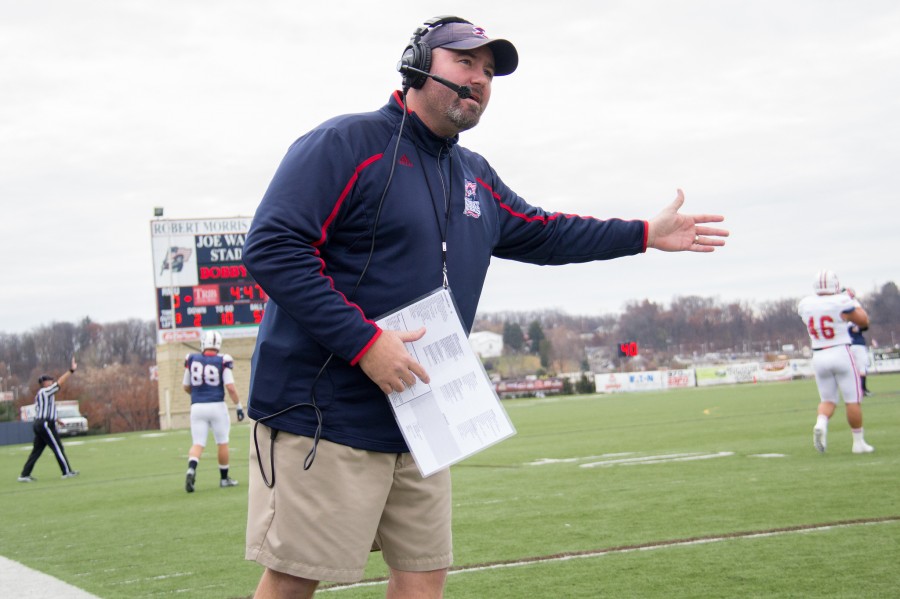 Per a press release this morning, the Robert Morris football program announced the promotion of defensive coordinator Scott Farison to assistant head coach.

The longest active member on the coaching staff in his 13th year with the program, Farison will continue to oversee defensive responsibilities with his new role.

Under Farison’s influence, RMU has finished in the top-25 for total defense in six of the 11 years he’s been a defensive coach. He’s produced several FCS All-Americans among the likes of Nolan Nearhoof, Alex DiMichele and others.

The move really is a no-brainer for head coach John Banaszak and company.

“Scott’s been here for 13 years and absolutely deserves this promotion to assistant head football coach,” said Banaszak. “He performs many duties that are not in his job description and is definitely my right-hand man. Promoting him to assistant head coach is certainly the next step in his career.”

Robert Morris hits the road this weekend to take on Lafayette on Saturday, Sept. 13. Kickoff is slated for 6 p.m.