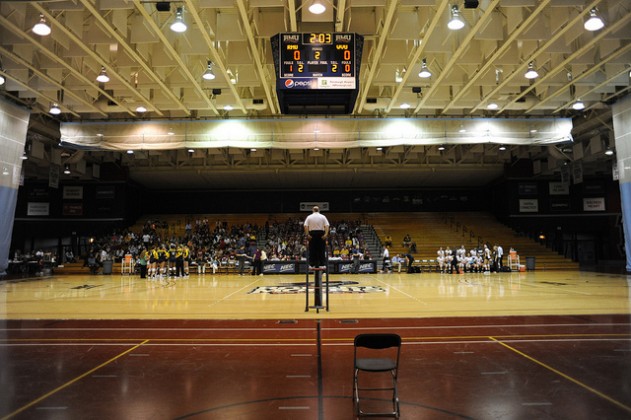 Arden Fisher, a sophomore from Oakmont, Pa, recently earned conference recognition from her play in RMU volleyball’s first four game set to begin the 2014 campaign. The All-NEC second-teamer tallied four consecutive double-doubles over the stretch to extend her career mark to 13.

RMU lost to last year’s Horizon League champion Milwaukee in the first contest, but Fisher led the way with 11 kills and 12 digs.

In the Colonials’ second match of the night against Miami (Ohio), Fisher posted another double-double with 13 kills and 10 digs. She then finished the Panther Invitational with a 19 kill 15 dig performance against North Dakota State, while posting a .349 hitting percentage.

Fisher is amongst the top of the conference in digs per set, kills per set, and hitting percentage.

RMU Volleyball is back in action Friday when the Duquesne/RMU Invititational kicks off at the Charles L. Sewall Center. They take on Indiana State and Youngstown State in the tournament as Fisher and company look to get their first win of the season for head coach Dale Starr.

Information was used from RMU Athletics for this report.