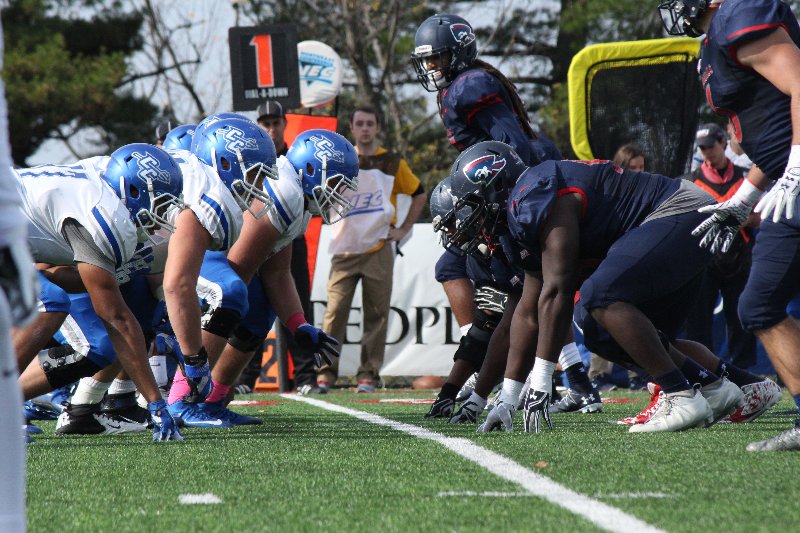 The RMU defense proved why it has been one of strongest parts of the program. Marcelis Branch continued a great season as he picked off CCSU quarterback Jacob Dolegala in the first quarter. Branch also ended the contest with a game-high nine total tackles.

Midway through the second quarter, the Colonials were able to recover a fumble lost by CCSU. In turn, running back Malik Wells was able to pummel the ball all the way to the end zone, giving RMU a 9-0 lead after a successful PAT. These would be the last points scored in the first half.

Coming out of halftime, the Colonials looked to continue the type of play that had provided them with a shutout, and they did just that. With about 6:43 left in the third quarter, kicker Connor Shennan was able to connect on a 47-yard field goal, giving RMU a 12-0 lead.

Early in the fourth quarter, the Blue Devils were making their way down the field until defensive back Ryan Richards Jr. made his presence felt. He was able to jump a route fairly easily and take it back to the house for a 75-yard interception return touchdown.

Seven minutes later, the Blue Devils found themselves in a similar position, but this time they scored. The six points came courtesy of running back Cameron Nash’s 1-yard touchdown run. CCSU tried for the two-point conversion but failed, as the pass from Dolegala was incomplete.

After earning its first Northeast Conference win of the season, Robert Morris will travel to take on Bryant University on Nov. 5.