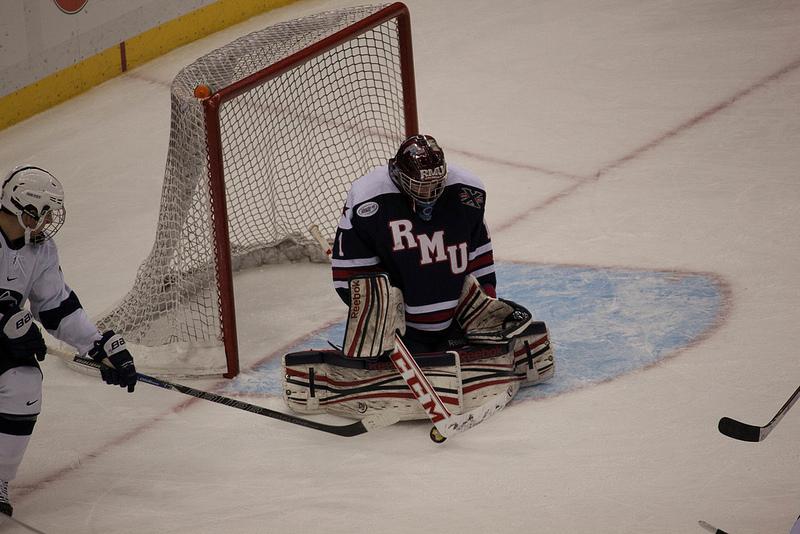 That didn’t seem to be the case.

Shafer put on a clinic when it came to eye-catching glove saves beginning early in the game, snatching incoming pucks from multiple angles. Shots were steady, though not overwhelming in the first period, with a final tally of 19 from Penn State by the end of the first 20 minutes.

The pace changed however, in the second and third periods. Shafer faced a storm of pucks that a struggling, permeable defense allowed through. By the end of the game, the number of shots Penn State dished came to 62. Shafer played his part during penalty kills as well, helping to kill off four of six penalties.

Along with an unusually high amount of shots, a final score of 3-2 with Penn State as the victor puts Shafer’s performance into perspective. The sophomore ended the night with a career-high 59 saves, setting a tournament record for most in a single game.

“Goaltenders are judged by wins and losses, but in that case I thought Terry Shafer gave an A+ performance. Terry deserved better. [He] deserved some more help,” said head coach Derek Schooley.  “I can’t say enough about his goaltending tonight.”

“He played unbelievable tonight. Definitely gave them more than a chance to win,” complimented Skoff.