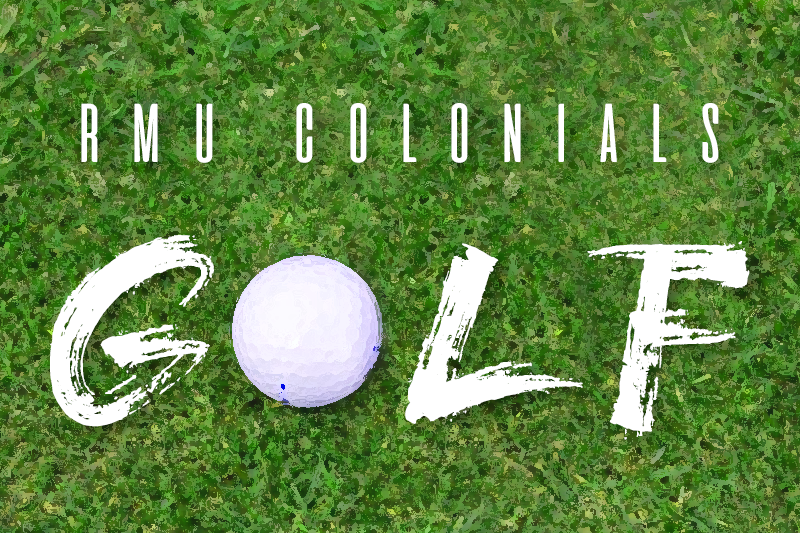 DAYTONA BEACH, Fla.– For the first time since 2015, the Robert Morris golf team (+364) sits atop the NEC golf tables. The Colonials took home the trophy on Sunday after finishing first at the LPGA International with a 34-over par tournament.

The Colonials first place finish was their third of the year, and they finished six strokes clear of second place Bryant. Florian Schroedl of Fairleigh Dickinson was the low individual the tournament, shooting -1, the only player to be under or at par.

However, leading the Colonials was none other than Max Palmer. Palmer finished with a three-over 219, including an even-par final round in which he made six birdies. Not to be outdone, however, was Kyle Grube, a junior from Indiana, Pennsylvania. Grube finished only one stroke back of Palmer at +4, good enough for a solo third place finish. Grube’s best hole at the Hills Course was the 527-yard, par-5, second hole, where he shot 2-under par across his three rounds there.

Not finishing the tournament was David Szymanski, who after a first round in which he shot 10-over par, was replaced by head coach Jerry Stone with Bryce Gorrell. In the remaining two rounds, Gorrell shot a +6. In the final round, Gorrell eagled the 527-yard, par-5, second hole.

Adding the 2019 trophy to the cabinet, the team has now won four NEC tournaments, adding to their ones in 1996, 1997 and 2015. The Colonials will now advance to their second NCAA Tournament. Robert Morris has yet to know where they will play regionals, as it will be announced Wednesday, May 1 at 9:00 p.m, on the Golf Channel. The entire 81-team field will be announced. The regionals are a 54-hole format that will take place from May 12-15.