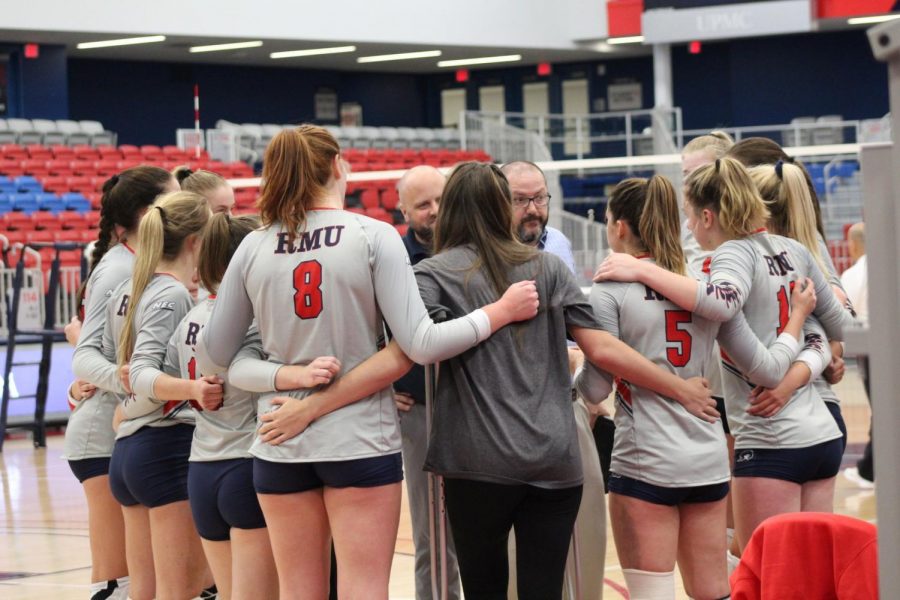 MOON TOWNSHIP — Emma Granger’s season is officially one for the record books as the star middle blocker received her seventh Molten/NEC Player of the Week award, which officially puts her past Long Island University’s Annika Foit (2012) and Cristina Pintilie (2002) for the most by a volleyball player in a single-season.

In order to win the award, Granger averaged 5.86 kills, 1.29 blocks and 7.07 points per set at Fairleigh Dickinson and Long Island. This is Granger’s third consecutive player of the week award and 16th career weekly award, which puts her at seven more than anyone else in program history.

“Emma has been very important to our team this year,” said Robert Morris volleyball head coach Dale Starr. “Not only on the court, but the maturity and leadership she has brought to the team this year has been invaluable. She has grown as a person and a player, and the season she is having individually is a reflection of that growth and leadership. We wouldn’t be having the season we are having as a team without all of the things she brings to the table, and the intangibles are the most important part of her value to this team.”

Furthermore, according to RMU Athletics, she is “five aces away from breaking her own single-season record of 61 (2017), needs six total blocks and 10 block assists to share the top spot in those respective categories and can reach the 1,000 career kill milestone with 15 more.”

“I am honored to receive the award and now hold the NEC record for awards won in a year, but this has been a tremendous year for our team,” said Granger. “Without each member of this team, no individual awards would be possible. For us to have a chance to win a championship as a team this weekend is the best reward for a great season.”

Granger and the Robert Morris volleyball team (25-4, 15-1 NEC) will be back-in-action this weekend hosting the NEC Tournament at the North Athletic Complex. They will take on Central Connecticut State University (14-14, 10-6 NEC) on Friday with the winner facing the winner of Sacred Heart (18-11, 13-3 NEC) and Long Island University (12-16, 11-5 NEC) in the NEC Championship on Saturday.