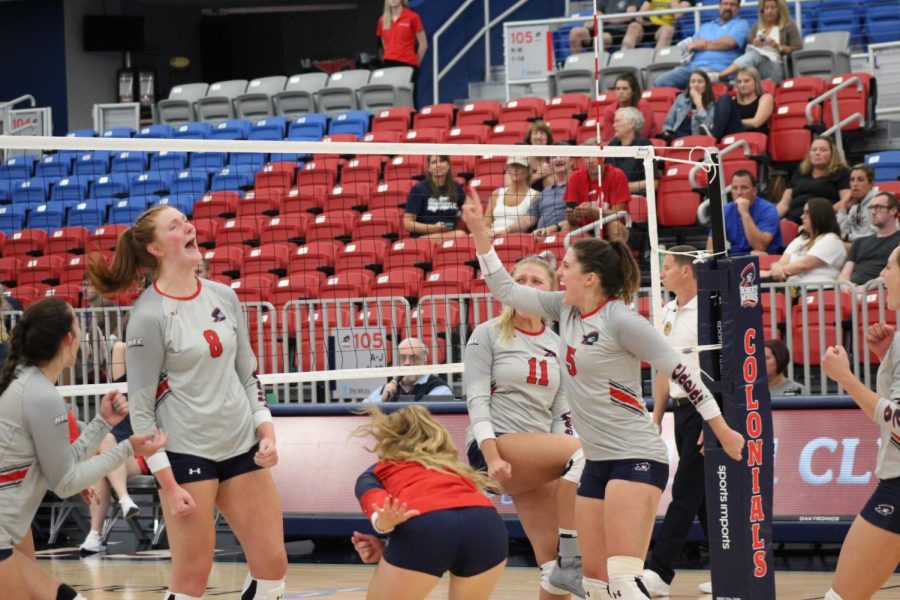 MOON TOWNSHIP — The Robert Morris volleyball team (25-4, 15-1 NEC) received more recognition tonight as Emma Granger and Dale Starr were named the 2019 NEC Player and Coach of the Year, respectively. The team also had three players, including Granger, make the all-conference teams. Joining Granger on the all-NEC first team is Maria Alfano while Whitney Brown was named to the All-NEC second team.

Granger’s Player of the Year award is just another award to add to her trophy case after an incredible 2019 season in which she won a record seven NEC Player of the Week awards.

After winning her seventh weekly award, Starr said “Emma has been very important to our team this year. Not only on the court, but the maturity and leadership she has brought to the team this year has been invaluable. She has grown as a person and a player, and the season she is having individually is a reflection of that growth and leadership. We wouldn’t be having the season we are having as a team without all of the things she brings to the table, and the intangibles are the most important part of her value to this team.”

Speaking of Starr, he wins his first-ever coach of the year award after winning 25 games, including 15 in conference-play. His team started out 10-0 to start the year, before losing three in a row and then finished the season winning 15 of their last 16 games on route to the NEC regular-season title.

As for Alfano, she finished the season with 240 kills on route to a first-team All-NEC selection along with Granger. Alfano also had a career-high in total blocks with 103 and averaged 1.02 per set.

Brown, meanwhile, received All-NEC second-team honors. She had a career-high 828 assists and a 10.10 average, which was first in the NEC. This is her first such nomination.

The Robert Morris volleyball team is set to host the NEC tournament on Friday and Saturday, taking on CCSU (14-14, 10-6 NEC) in the first round.