Injuries take a toll on Colonials in loss to IPFW 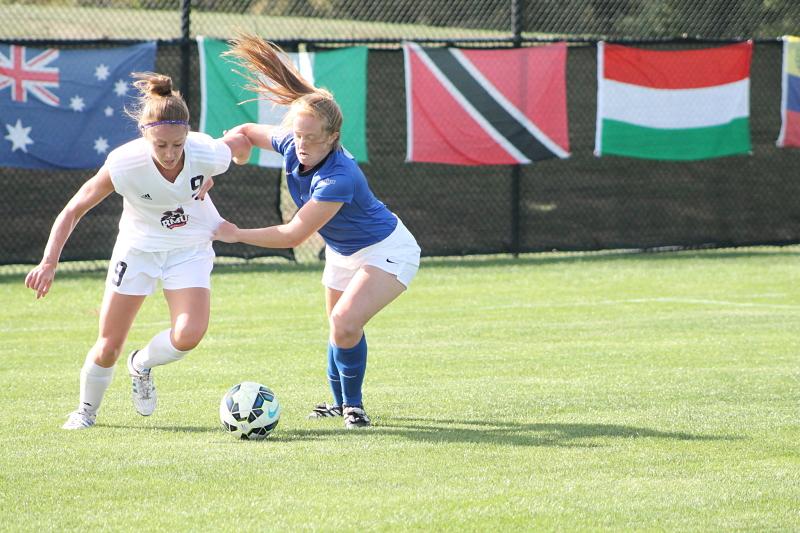 The Robert Morris women’s soccer team took the field against the Indiana Purdue University of Fort Wayne Mastodons at 3 p.m. under clear skies. The Colonials struck first and fast, scoring less than six minutes into the game off a goal from Erin Ritzer, who was assisted by Madison Kozlowski. The Colonials came out playing aggressively against the mastodon’s defense, making them work hard to hang in the game.

By the half the tables turned though, with the Mastodons striking back at the Colonials off a score by Katrina Sutherly with just over 10 minutes left in the first half. Despite playing aggressively, neither team drew any cards and the game was limited to only a few calls against either team.

The second half started off just as aggressively for both teams, but the score remained knotted up until the 31st minute when Kassidy Simpkins struck back and gave the Mastodons their first lead of the game. But it was short lived as the Colonials struck right back to score less than a minute later off the head of Maleha Kureishy when Kozlowski took a corner kick to get her second assist of the game.

Shortly after, Kureshy found herself out for the rest of the game after coming down hard from an elbow in the back of the head. Although she was able to walk off the field on her own accord, she was taken to the hospital after the game to receive an X-ray which could only spell more disaster for a currently injury-riddled Robert Morris team. Not much longer after that, the Mastodons lost Lindsay Yankasky.

Despite trading blows the entire game, it would eventually be the Mastodons who came out on top, scoring their third and final goal of the game off a shot returned from the crossbar of the goal by Andie Lazzerini.

The Colonials fought hard to get back into the game, but time just was not on their side and they were unable to score in the final minutes. IPFW came out on top with a score of 3-2. RMU’s goals coming from Ritzer and Kureishy were the first of the season for each girl.

“Well, at the moment we have lots of injuries,” said head coach John Kowalski on the outcome of the game,”and players are playing in positions that they are not accustomed to, so hopefully they get a little bit more experience through playing and will be more ready for the conference because they have to play in different positions. At the moment, we just have too many injuries.”

Going into next week the Colonials look to begin conference play, and Kowalski is confident that his team will be able to match up with the conference. “We work hard, we just have to kind of calm down a little bit, and gain some composure, and improve on the accuracy on our passing,” he said. “We lost a multitude of balls today on inaccurate passing and that led to a lot of turnovers for that ball possession, and for the attacks.”

The Colonials face two different opponents this coming week, first dealing with Northern Kentucky at the North Athletic Complex on Monday at 1 p.m. Then they travel to Staten Island, N.Y. to face Wagner on Friday at 7 p.m.