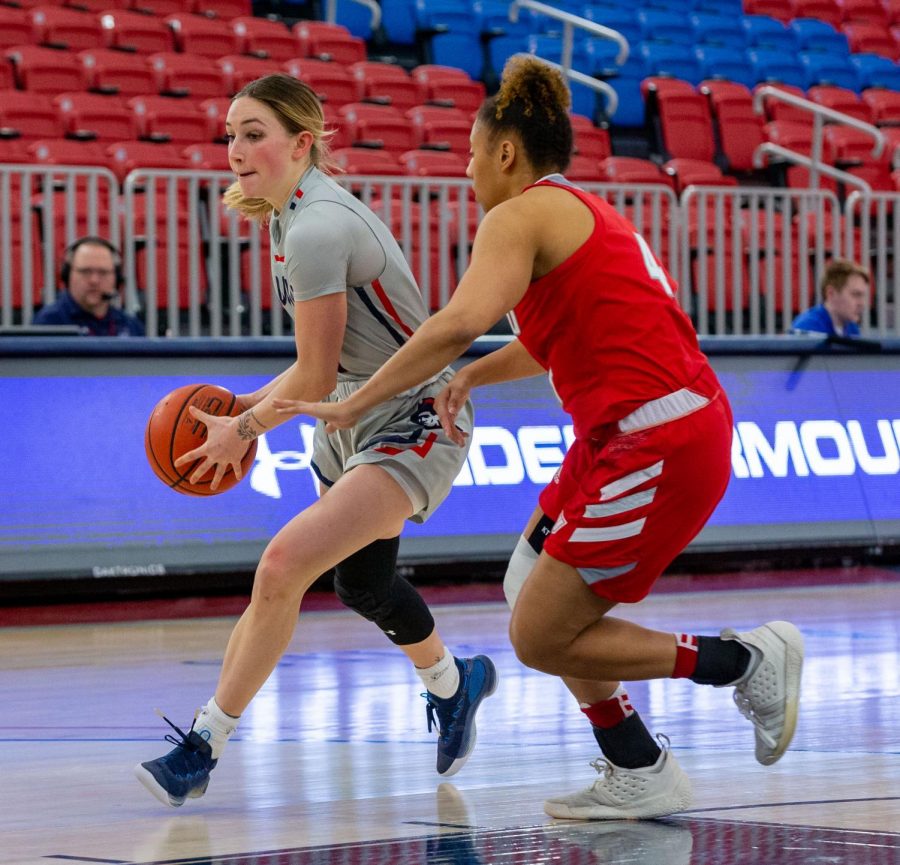 MOON TOWNSHIP– Isabella Posset wasted no time making an impression on the Robert Morris women’s basketball team (11-6, 6-0 NEC). The sophomore worked her way into the starting lineup by the ninth game of the season in 2018-2019, reaching the milestone before conference play even started.

Posset has remained a starter and an integral part to the Colonials’ roster since earning a starting role. The hard work from the Beaver native has finally caught the eyes of the NEC, as she was announced as the NEC Player of the Week earlier today.

This honor comes after a performance on Monday against Sacred Heart (6-11, 3-3 NEC) in which Posset picked the pockets of the Pioneers eight times. Due to her success on the defense, Posset became just the 27th player to get 100 career steals in team history.

On top of her tenacious defensive effort, Posset averaged 13.5 points per game on a 64.3 field goal percentage over the past week.

Although her recent performances caught the eye of the NEC, she has stepped up for the entirety of conference play so far. Aside from one game, Posset has reached double digits in points in each conference matchup.

Posset and the Colonials recently swept a four-game homestand against NEC competition, bumping the defending NEC Champions’ in-conference record to 6-0. A brief two-game road trip is now in sight, but the Robert Morris looks to leave its mark on both Long Island (3-14, 2-4 NEC) and St. Francis Brooklyn (5-12, 1-5 NEC).