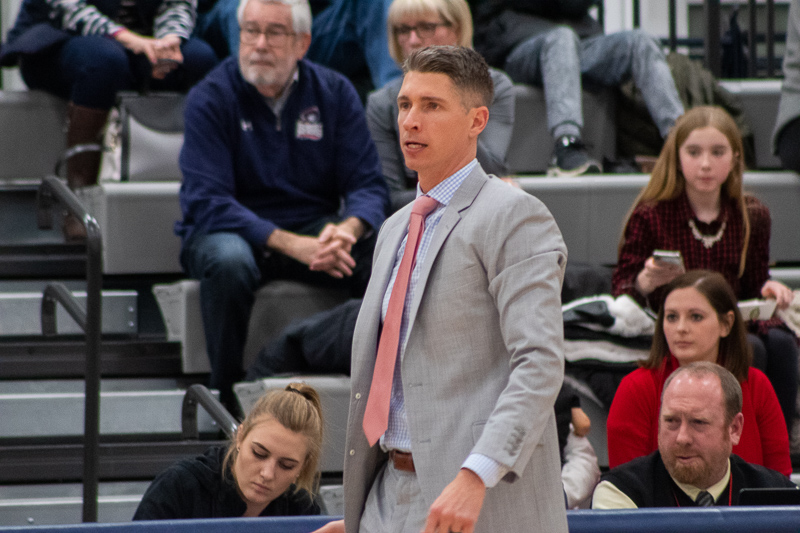 With Coach Toole’s 158th win, he passed Jarrett Durham for most all-time. It started all the way back in 2010, when Coach Toole won his first game behind the bench for the Colonials, a 55-30 win over Saint Peter’s University. Through his eight and a half, soon to be nine years of coaching, Coach Toole has a 158-132 record, which is good enough for a .545 winning percentage.

“It was obviously very humbling, when you think about the number of good basketball coaches that have been in charge of the basketball program,” Coach Toole said after an afternoon practice at the North Athletic Complex. “So many people are involved in making it happen, so it’s a bit unfair that one person gets the credit over all the other people. I haven’t made a shot, got a rebound, played defense in nine years, so a lot of guys put in a lot of work to make it happen.”

Andy Toole also tries to make it possible to help players after they leave, as he said, “We try to provide as much support as we can, moving into the next phase of their lives, whether it’s jobs, whether it’s families, whether it’s relationships.”

One person who sees where Coach Toole is coming from is senior guard Matty McConnell.

“It’s easy to talk to him about things other than basketball, and he’s not only a great coach on the court, but also a great person off the court,” McConnell said. He also recognizes someone familiar in Toole.

“He’s similar to my dad who was my high school coach, they’re all kind of the ra-ra and the same yelling and screaming, so it was kind of an easy transition (from high school to college).”

Jon Williams, a sophomore guard who just passed his 50th game under Coach Toole, said, “I knew from the time he started recruiting me that we had a connection, and he was going to push us to win, and that’s what he does, and clearly it shows.”