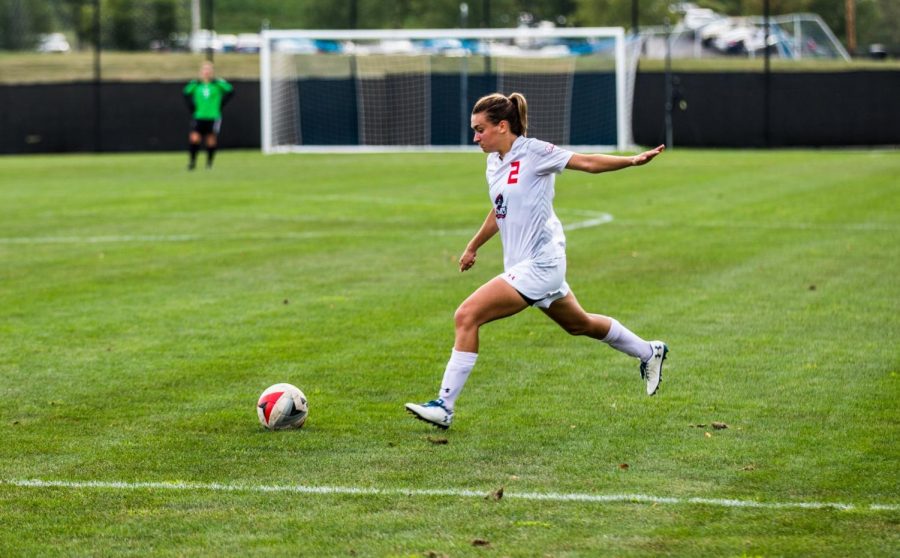 MOON TOWNSHIP — One of the Robert Morris University women’s soccer players made history last week as forward Jane Schleicher became the first player in the history of the program to be named the Northeast Conference Offensive Player of the Year.

The NEC announced the postseason honors at a pre-tournament banquet last Thursday, Nov. 1.

Schleicher got bumped up from the All-NEC Second Team to the first after she finished the 2018 season with historic numbers. Schleicher finished the season with the second-most goals in a single-season in RMU history with 13, and a tie with third-most points with 26.

Schleicher is the third major award winner in program history. She joins former player Kathleen Caggiano, who in 2007 received NEC Rookie of the Year, and current head coach John Kowalski, who was the 2015 NEC Coach of the Year.

Schleicher’s hardware caps off the end to a phenomenal career at Robert Morris.