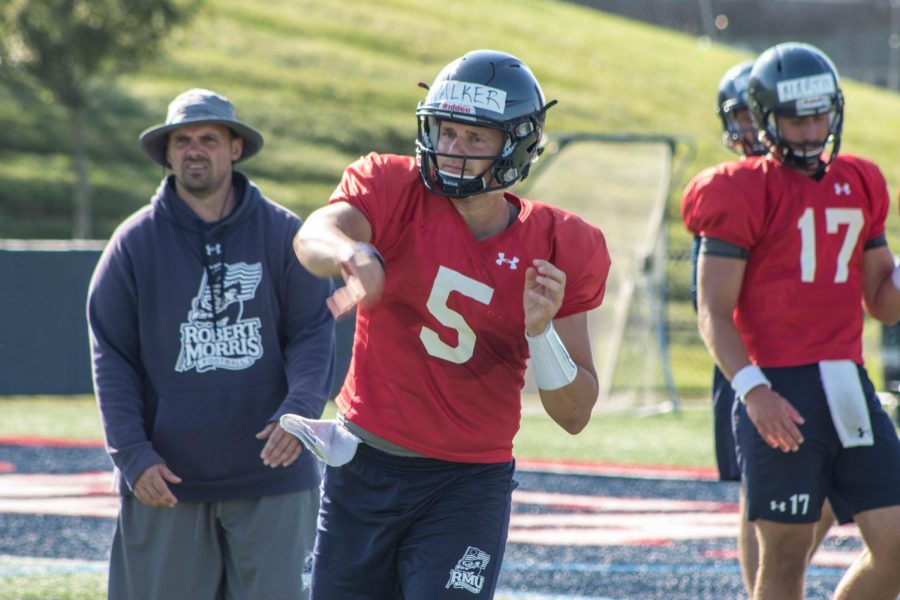 The Robert Morris university football team has listed Jimmy Walker as the starter in their first game against the Dayton Flyers this Saturday. This comes after an off-season battle between Walker, recent transfer Caleb Lewis and freshman George Martin. On a more surprising note, Martin is listed as the backup to Walker on the two deep depth chart on the RMU Athletics game notes for the game against Dayton.

The move to start Walker isn’t a surprising one despite the QB battle. Walker was the starter last year for Robert Morris. He finished the year connecting on 50% of his passes for 1,669 yards, with nine touchdowns and eight interceptions.

The Robert Morris football team starts their season off tomorrow at one in the afternoon. They will take on the Dayton Flyers at Welcome Stadium in Dayton, Ohio. The game can be live streamed on Facebook on the NCAA FCS Football Facebook page starting at ten in the morning. Be sure to come to RMU Sentry Media for the recap following the game.