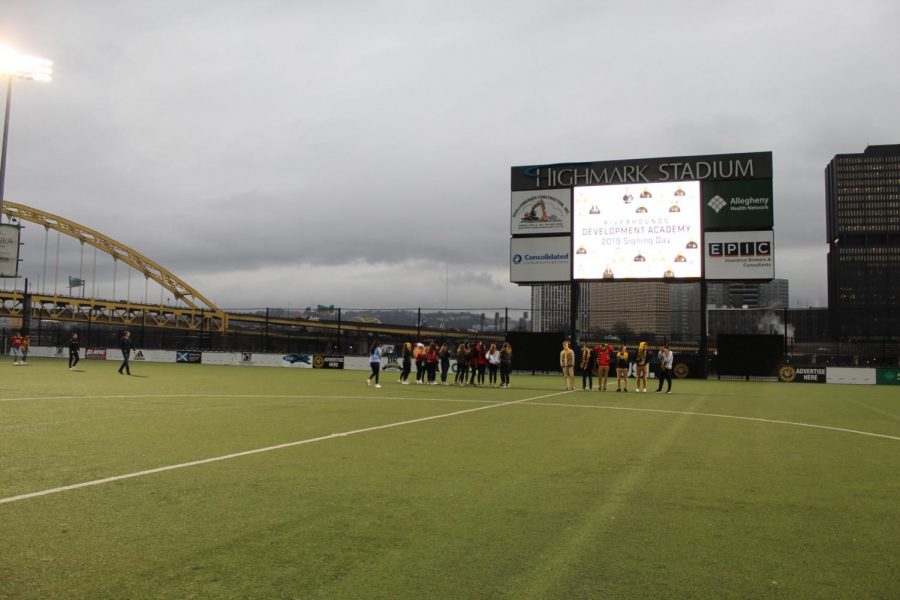 PITTSBURGH — After announcing plans earlier this year for a Pittsburgh Riverhounds Hall of Fame, the Riverhounds announced the inaugural class at a season ticket holder 20th anniversary kickoff event.

John Kowalski: The first ever coach of the Riverhounds, Kowalski brought the fledgling franchise to a 26-26-4 record in two seasons. In 1999, Kowalski’s high-octane offense scored 63 goals, a record that stands to this day. Kowalski is now the coach of the Robert Morris women’s soccer team. Kowalski also had a semi-productive career as the manager of the United States, with a 2-0-1 record in 1991.

Paul Heasley and Dave Kasper: Heasley founded the Riverhounds on March 11, 1998, bringing soccer back to Pittsburgh after a 13-year hiatus. Through the hard work of both Kasper and Heasley, in 1999, the Hounds were given the honor of USL A-League Organization of the Year.

Also at the event, the Riverhounds announced plans for a new turf-playing surface would be installed at Highmark Stadium. The turf will be completed prior to the Hounds first home game on April 13. Pittsburgh kicks off their season in St. Petersburg, Florida against the Tampa Bay Rowdies on Saturday, March 16.