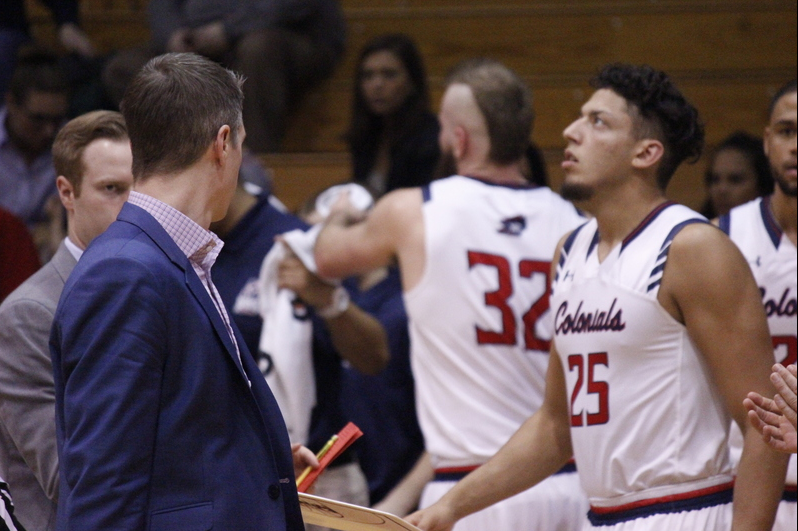 After the announcement of the impending construction of the brand new UPMC Events Center, this would be one of the last basketball games played inside of the Charles L. Sewall Center. The Colonials (7-14, 3-5 NEC) made it a mission to send the arena off with a bang.

Five minutes into the contest, Robert Morris put up only two shots and missed them both. A large part of the blame could be put on senior point guard Kavon Stewart, who turned the ball over four times in that span.

So, it looked like it would be a very low scoring game. With 7:30 left in the half, RMU led 10-9. At this point, both teams were shooting dismal percentages.

In 13 minutes of action, the Colonials were shooting just 4-of-15 (26.7 percent). The Bulldogs weren’t having an easy time either, as they shot just 3-of-18 in that same stretch.

Due to several offensive outbursts, the Colonials found themselves leading at halftime by a score of 29-22. Isaiah Still, after missing RMU’s last game, led the way for Robert Morris in scoring with nine points on 40 percent shooting. And despite the early turnovers, Stewart ended the half with four points, two assists and four steals.

The Colonials pride themselves on their stellar defensive play, and they proved it in the first half. They held the Bulldogs to just 6-of-26 shooting from the field and didn’t allow a single three pointer to be made in the first 20 minutes.

At the start of the second half, Robert Morris picked up right where it left off. Matty McConnell hit a three to open it up. That shot was quickly followed by a Dachon Burke layup to stretch the Colonials’ lead to 10.

“Dachon was awesome,” said head coach Andy Toole. “Defensively, he was really solid. Give him credit. He made space and hit shots.”

With about 12 minutes left, Robert Morris led 43-34. The Bulldogs suddenly turned on the heat, as they went on a 14-4 run to take their first lead since halfway into the first half.

At this point in the contest, Toole could sense the impending doom. “We played well for about 30 minutes, but we couldn’t finish the game,” said Toole.

With just eight seconds left in the contest, Bryant held a 59-56 lead after two made free throws by Marcel Pettway. Still was able to get off a three-point attempt, but it did not fall.

Still had two chances to tie the game with under a minute left but was unable to connect on a pair of threes, which caused RMU to fall just short by a score of 59-56.

This is something that has been a huge issue for Robert Morris as of late. “We got looks at the end,” Toole said, “didn’t knock it down.”

Physically, the advantage looked to be in Bryant’s favor. Its front court combo of Pettway, Bosko Kostur and Sabastian Townes appeared to be more than the Colonials could handle.

They were much bigger than RMU’s big men (Aaron Tate, Braden Burke, Billy Giles). But the Colonials found a way around it, albeit only for a short time. They picked up the pace and moved the ball around quicker than they have all year. The ball zipped around the perimeter and caught the Bryant Bulldogs off-guard on more than one occasion.

Unfortunately, this wasn’t enough, as the Bulldogs eventually found their way into the paint and created more easy buckets. They were able to exploit the very public flaws of Robert Morris and broadcast their own strengths.

The Bulldogs out-rebounded the Colonials 45-to-33. Eighteen of those 45 were on the offensive glass and that was what ultimately killed Robert Morris.