Marquette second quarter surge propels them to victory over RMU 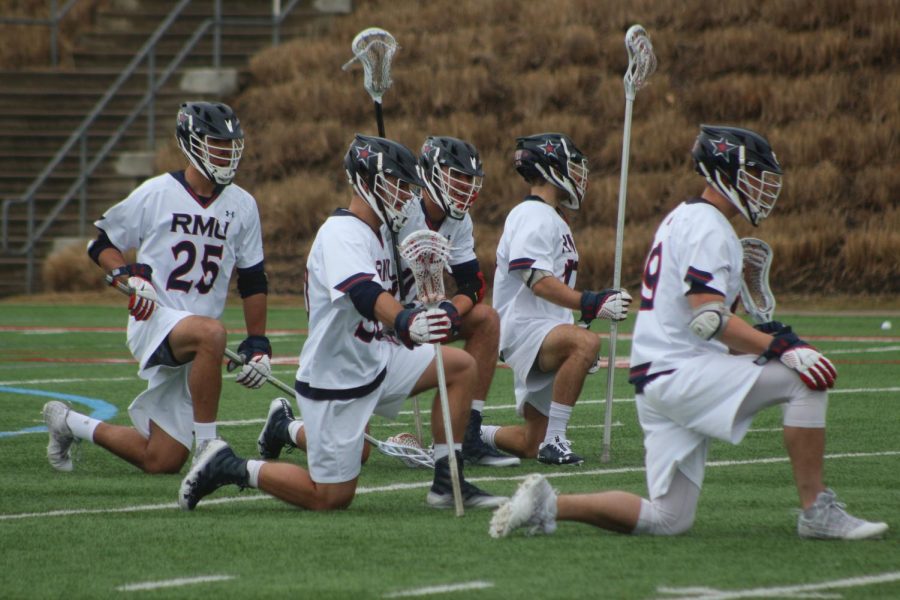 MOON TOWNSHIP — The Robert Morris University Colonials (1-5) hosted the Marquette Golden Eagles (3-3) for a non-conference matchup on Tuesday afternoon at Joe Walton Stadium. The Colonials have been riding a two-game skid and were looking to get back in the win column. Marquette was originally 2-1 vs RMU before this matchup, and with both teams struggling as of late, this was a must win for both teams. RMU’s slow start in the second quarter came back to haunt them as they lost 17-15. Nine different players from Marquette scored goals, compared to the five from Robert Morris.

RMU jumped out to a quick 3-0 lead with goals from Ryan Smith, Jake Boudreau and Corson Kealy. Marquette got their first score from Connor Mcclelland to make it 3-1.

The second quarter was where Marquette caught fire and ran away with the lead. Out of the first nine goals scored in the second period, Marquette scored eight of them. Andrew Romagnoli was on fire for Marquette, scoring three goals. Noah Richard, John Wagner, Logan Kreinz, and Luke Anderson all pitched in with one goal each to balloon the lead for the meantime. RMU had one goal the entire second quarter from Tyson Gibson to make the lead 11-8.

In the third quarter RMU came out hot, scoring the first three and tying the game, with two from Kealy and Boudreau. Romagnoli added a goal after to go back up 12-11. Ryan Smith fired back and tied it back up. Marquette went on attack mode and went up by two to end the third, with goals by Tanner Thompson and Jake Wagner.

Marquette continued the hot steak with the first three goals of the fourth which would be their last points of the game. Thompson and Peter Henkhaus finished off the scoring of Marquette. RMU scored the last three goals of the entire game, coming from Smith, Kealy and Majewski. RMU fought a hard game, but could not overcome the strong second quarter surge of Marquette. The Golden Eagles strong second quarter defense and aggressive scoring output were the key factors. The multiple goal scorers from the Golden Eagles also proved to be overwhelming. This is the third game in a row that RMU has lost under five goals.

Head Coach Andrew McMinn regards the second quarter as the biggest mishap with the team the past few games, “Second quarter has been the quarter that we have not had an answer for. It is that lost quarter that does not define our identity. Going forward, we will address that issue as we get better.”

Tyson Gibson added that the team is just learning along the way, “This game is another learning experience for the team. We all will all better and it starts in practice.”

The team travels to Sacred Heart for an NEC match-up in hopes of getting this season back on track. Their next game will be March 16 at 1:00 p.m.