“Meet the Colonials” signifies beginning of basketball season at RMU 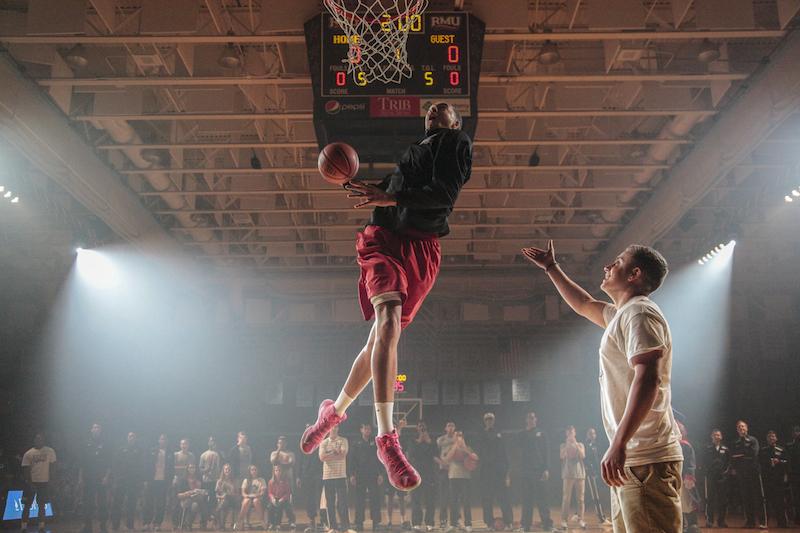 Every sport has an occurrence that represents the beginning of a new season. Two months of Spring Training indicates that Major League Baseball is right around the corner and the National Football League has four weeks of preseason.

Though for Robert Morris basketball, there’s only one event that proclaims the beginning of a new year; “Meet the Colonials,” an annual extravaganza that familiarizes the men’s and women’s programs to the RMU community.

“In the Student Life world, we’re in the business of making memories. Athletic events are than just about wins and losses, it’s the memories that students make. To have a goodwill, pep rally, fun party, free-stuff event like this, it sets the tone for an exciting year,” said John Locke, Director of Student Activities and Leadership Development. “It’s a very important event to freshmen.”

The formula for the 2014 edition primarily remained the same as it has in previous years, featuring a dance off, slam dunk contest and an opportunity for selected students to win cash from head coaches Andy Toole and Sal Buscaglia by sinking shots from various points around the floor.

Even though a two fans made it to the final stage of attempting a half-court shot by draining a layup, free throw and three pointer, respectively, no one was able to walk away with money from the coach’s pockets.

Capping off the event was the always-popular dunk competition. Freshman Elijah Minnie and junior Stephen Bennett made it to the final round by impressing a panel of student judges. The crowd was in awe after Minnie took flight from the Northeast Conference logo on the floor, soaring in excess of 15 feet to the basket for the slam.

Although Bennett’s between-the-legs jam on his final attempt, garnered a perfect 40 points, resulting in a tie.

New for this year’s giveaway t-shirts, however, was the implementation of RMU basketball’s vintage logo depicting a cartoon colonial playing the sport.

Since retro apparel is in style and because the program hadn’t utilized its old symbol for nearly 25 years, Locke decided that “Meet the Colonials” was the perfect time to reintroduce it.

“Conceptually, we were kicking around ideas of what would be a free t-shirt that people would be in to,” he said. “There’s a trend of people wanting throwback stuff and I hadn’t produced anything will the old logo on it in a while.”

The Robert Morris men’s team officially kicks off the 2014-15 campaign on November 14 against Lafayette and the women begin their season two days later in Iowa against the Hawkeyes.