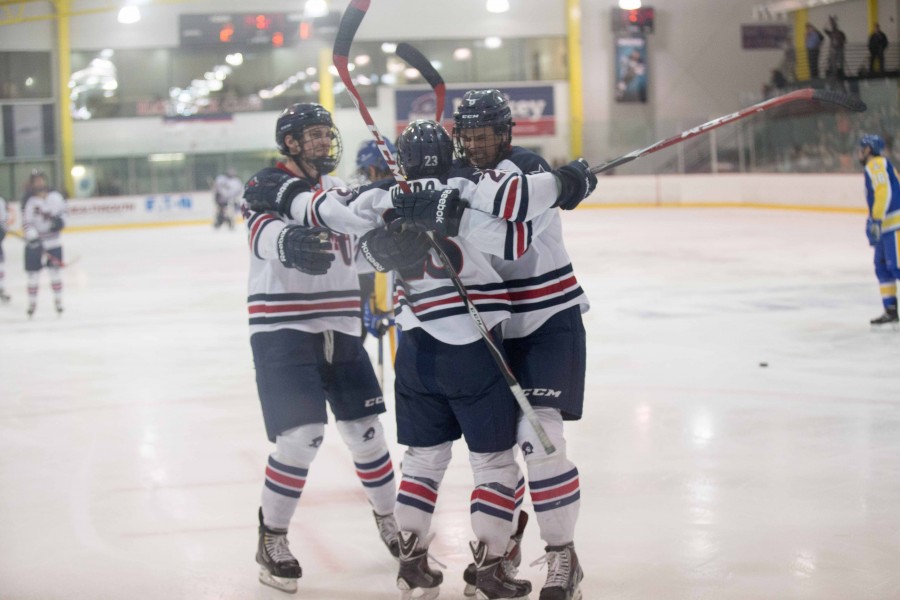 Robert Morris used a hat trick from Brady Ferguson and a 27 save performance from Francis Marotte to put away RIT Saturday night.

RMU 6 (1-1-0, AHC 1-1-0), RIT 5 (1-1-0, AHC 1-1-0): The Colonials battled back Saturday evening in a game of runs to earn their first victory of the season as they took down RIT in Rochester, New York. RMU scored the game’s first goal in the opening period as junior Brady Ferguson found the back of the net. RIT then answered back with five straight goals to take a 5-1 lead. However, RMU answered back with five goals of their own, four of them being power play goals throughout the second and third periods to take a 6-5 advantage. The Colonials held off the Tigers for the remainder of the game to earn the victory. Brady Ferguson completed his first collegiate hat trick as he scored the game’s winning goal. Freshman Francis Marotte earned his first collegiate win in goal as he replaced junior Andrew Pikul in the second period. Marotte made 27 total saves.