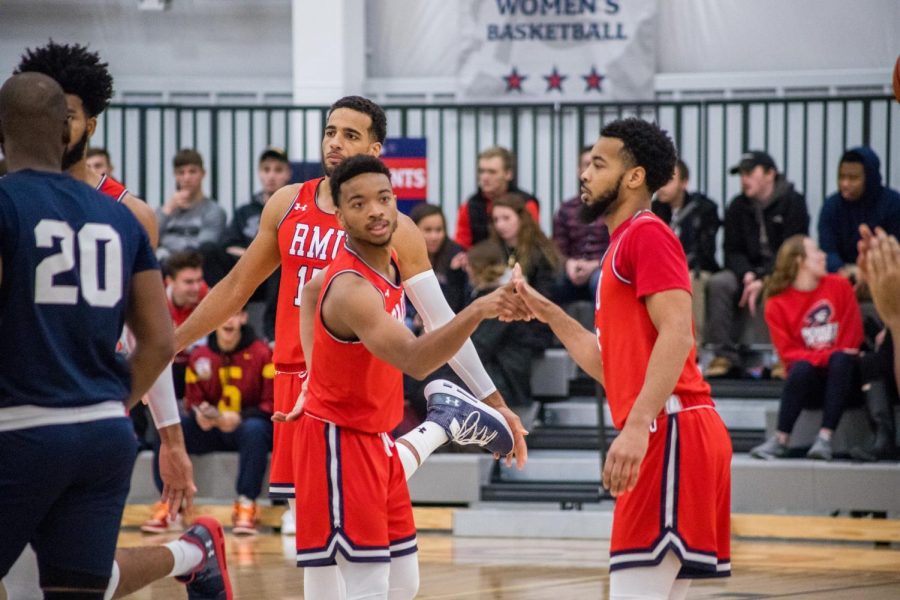 MOON TOWNSHIP– As 2019 began, the UPMC Events Center was still under construction and taking shape. Fast forward to today, and the arena has hosted numerous concerts and the dominant start to the volleyball team’s season. Now, exactly two months before the men’s basketball team hosts their first game at the arena, the entire 2019-2020 schedule has been released.

The Colonials start off their campaign against Marshall in the Men’s Against Breast Cancer Invitational (MABC). After that, they will take a trip to South Bend to take on the Fighting Irish of Notre Dame in their second game of the MABC.

The inaugural men’s basketball game at the UPMC Events Center, perhaps the biggest game on this season’s slate, will take place on November 12 against Pitt. In an interview with RMU Sentry Media, Chris King, the new director of athletics, mentioned that students would be able to watch this game on the lawn outside of the Nicholson Center on a big screen if they were not able to get tickets, showing how big this game is for Robert Morris.

As 2019 comes to a close, the Colonials will finish their non-conference schedule. One of those games will be against Marquette, who defeated five ranked teams last year and also spent time in the top 25 as well. Another big game during that stretch of the season will be the game against the University of Nevada, Las Vegas (UNLV), who went 17-14 last season.

RMU will not have much time to celebrate the new year because conference play begins on January 2 when the Colonials take on Central Connecticut. The NEC’s newest team, Merrimack, will play host to RMU on January 4.

Following the start on the road to begin conference play, Robert Morris will have a four-game homestand that will feature games against Saint Francis Brooklyn, Wagner, Merrimack, and Sacred Heart. On February 15, RMU will host the reigning NEC champions, Fairleigh Dickinson. The regular season will conclude in a game against last year’s NEC regular-season champions, Saint Francis University.

Fall sports might just be getting underway, but winter sports are already approaching in the rearview mirror. This season’s exciting men’s basketball schedule will be sure to feature some great action at the UPMC Events Center. Stay tuned to RMU Sentry Media for updates all season long.