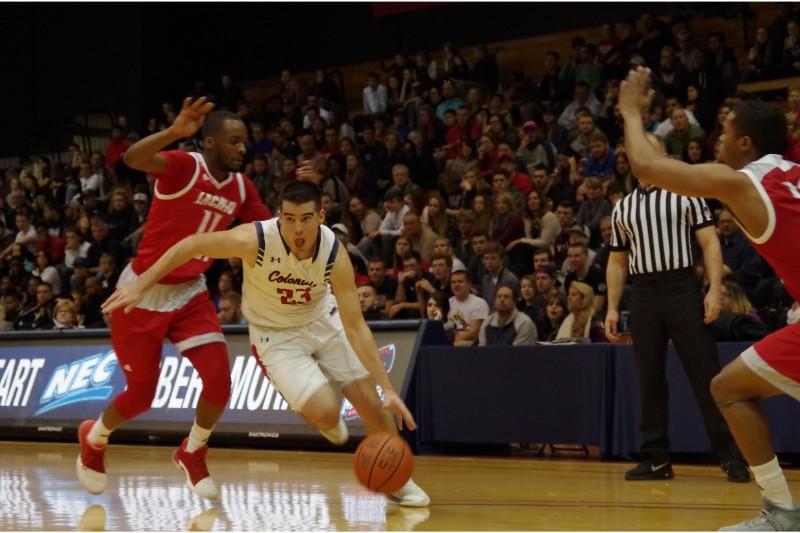 Mount St. Mary’s 75 (18-15), RMU 66 (14-19): The Colonials’ season came to an end Saturday afternoon, as Mount St. Mary’s squeaked out a nine-point victory in a close game throughout. After grabbing a 45-44 lead at 13:37 of the second half, The Mount held on to the lead until the 5:47 mark when RMU re-took the lead on a three-point basket from sophomore guard Matty McConnell. The home team grabbed the lead once again with 1:56 to play and didn’t look back, sinking free throws down the stretch to secure the semifinal win. McConnell and fellow sophomore guard Isaiah Still paced the Colonials with 19 points each. McConnell also corralled 10 rebounds to finish with a double-double. Robert Morris as a team made 24-of-55 shots from the field.