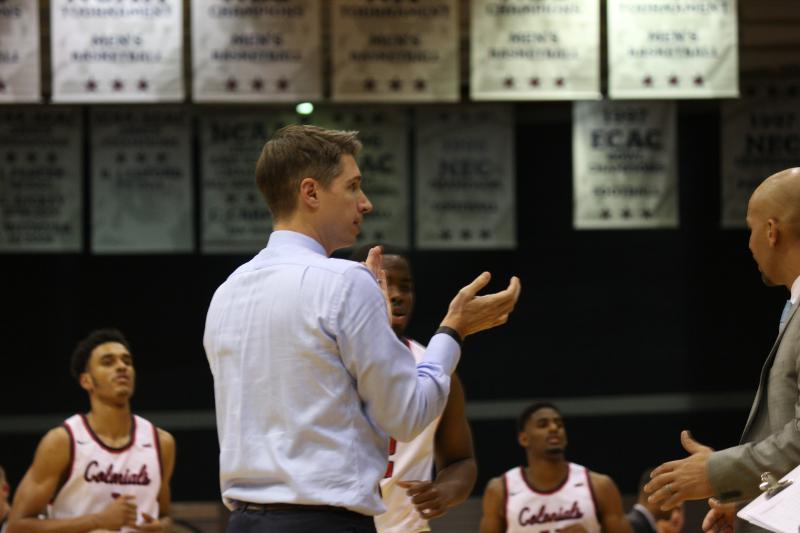 Head Coach Andy Toole led his team to their fourth NEC win of the season Saturday.

RMU 65 (6-15, NEC 4-4), Bryant 54 (7-14, NEC 4-4): Robert Morris evened up their conference record Saturday afternoon, as they defeated the Bulldogs of Bryant by 11 points on the road in Smithfield, Rhode Island. The Colonials walked into the locker room at the halfway point with a six point edge, and were able to stay on top of the Bulldogs all throughout the second half. Junior Kavon Stewart led the Colonials offensively with 18 points. Sophomore Elijah Minnie finished with a double-double, scoring 13 points and corralling 12 rebounds. Senior Rodney Pryor also finished with double-digit points, scoring 10. RMU shot 41.5 percent from the field and 34.8 percent from long range.