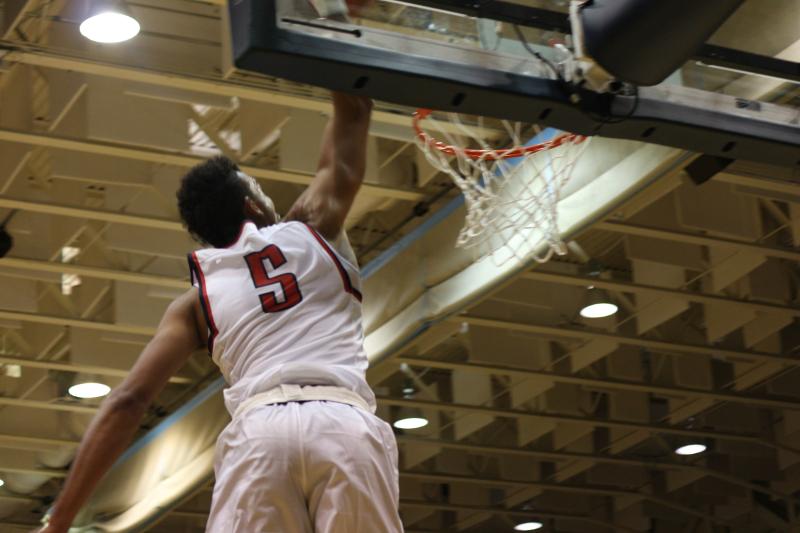 Elijah Minnie's double-double performance of 23 points and eight rebounds wasn't enough for the Colonials to defeat the Duquesne Dukes Saturday.

Duquesne 72 (10-2), RMU 65 (2-10): The Colonials battled cross-city foe Duquesne Saturday afternoon but the outcome wasn’t what RMU was looking for as the Dukes were able to fend off RMU for the seven point victory. RMU played tough all the way until the end of the game but Duquesne didn’t allow for the Colonials to go ahead. Sophomore Elijah Minnie led Robert Morris as he finished with a double-double scoring 23 points and corralling 12 rebounds. Senior Rodney Pyror wasn’t far behind in scoring as he finished with 22 points and totaled eight rebounds. Robert Morris shot 37.7 percent from the field and 34.6 percent from long range beyond the three-point arc.