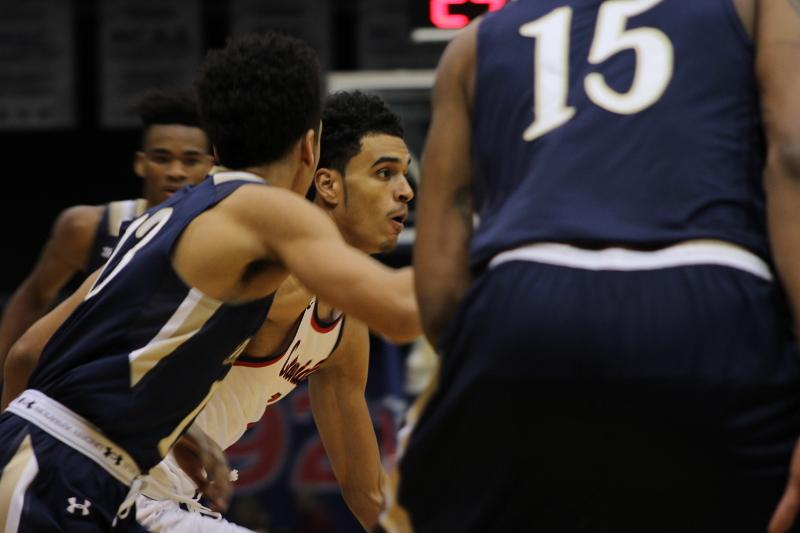 Kansas State 61 (4-0), RMU 40 (0-5): RMU played in their second game of the Barclay’s Classic Tuesday evening in Manhatten, Kansas against the Kansas State Wildcats. However, the Wildcats were able to jump on the Colonials earl as they opened the game with a 10-0 run. Senior Aaron Tate ended the Wildcats run with a layup at the 16:32 mark of the first half but Kansas State pushed their lead to 36-19 right before halftime. In the second half, the Wildcats didn’t let the Colonials get back into the game as they kept their lead at double-digits. Robert Morris saw 11 different players score points but sophomore Isaiah Still was the only Colonial to finish with double-digit points with 10. Tate also contributed 11 boards for the Colonials, 7 offensive and 4 defensive. As a team, RMU finished with a shooting percentage of 22.8 percent from the field and 23.5 percent from the three-point arc.