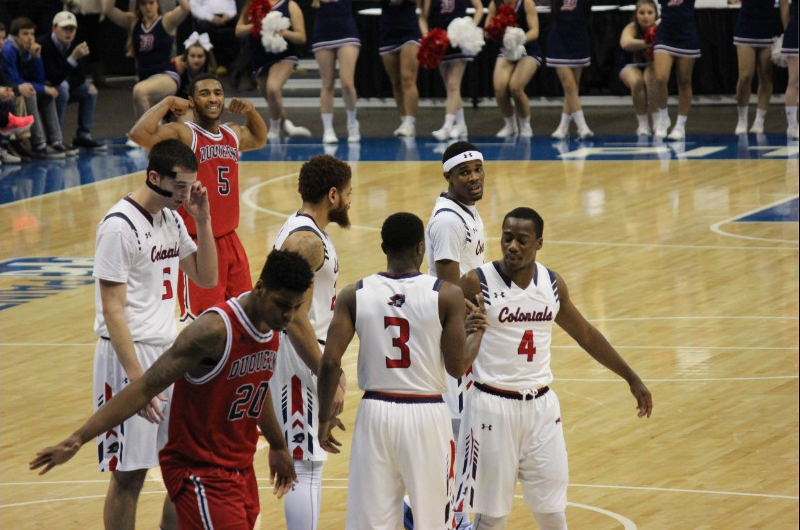 The Colonials fought until the end but fell short in overtime on the road at Saint Francis.

Saint Francis 89 (9-12, NEC 6-4), RMU 83 (7-16, NEC 3-7) (OT): Robert Morris dropped their third straight game Saturday in Loretto, Pennsylvania when they took on the Saint Francis Red Flash. The Colonials held a 33-32 lead at halftime after dominating most of the opening half. The second half saw the Red Flash take a 3-point lead with 8:20 left to play as the remaining time in regulation saw both teams exchange leads. Senior Kavon Stewart ultimately sent the game to overtime with his layup with 30 seconds left on the clock to tie the contest at 68-68. However, the Red Flash ended the five minute overtime on a 7-0 run to squeeze out the win. Sophomore Matty McConnell led RMU’s offense with 16 points. Seniors Aaron Tate and Stewart also had big scoring performances for the Colonials as Tate put up 15 and Stewart with 14 points. Robert Morris finished with a shooting percentage of 43.1 percent from the field and 36.0 percent from beyond the three-point arc.