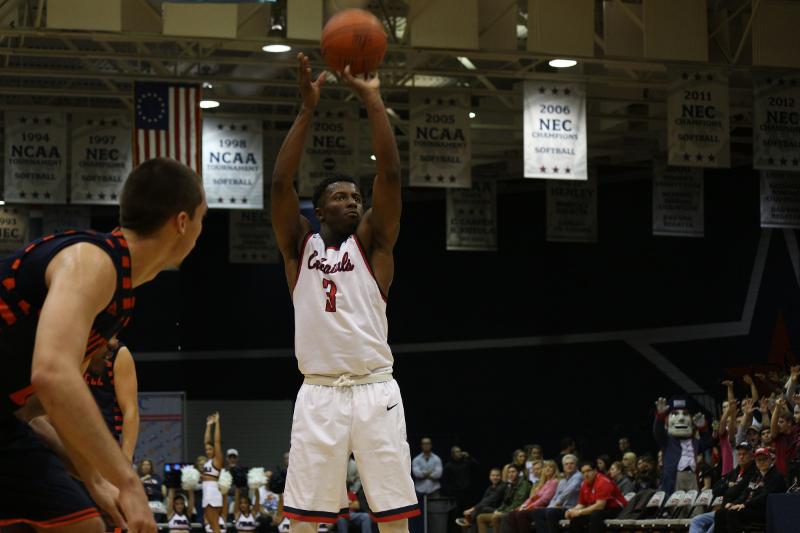 RMU fell to 1-2 in the conference after falling short to St. Francis Brooklyn on the road Saturday.

St. Francis Brooklyn 56 (6-11, NEC 2-2), RMU 49 (3-14, NEC 1-2): The Colonials couldn’t even up there conference record as they fell seven points short Saturday of defeating the Terriers of St. Francis Brooklyn. RMU couldn’t hold onto there 21-18 halftime lead in the second half as there opponent was able to get ahead late in regulation and hold onto the lead. Senior Rodney Pryor led the Colonials with 14 points and nine rebounds. The Colonials finished with a 34.6 field goal shooting percentage as well as a 42.9 shooting percentage from long range.