Men’s hockey gets ready for Crusaders after week break 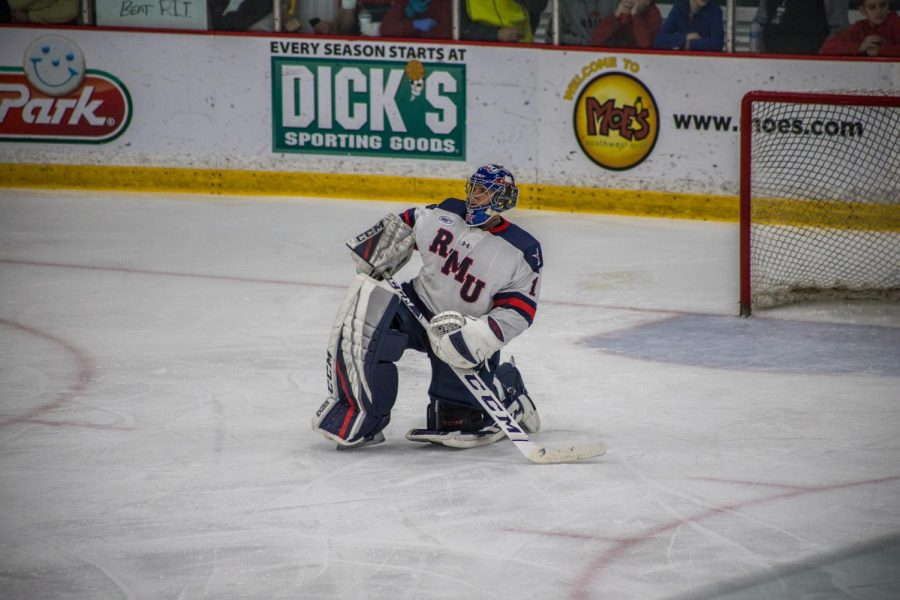 Of the week off, Israel said, “We had a lot of time to reflect on the last couple of months, and then this week, we’ve had tons of high paced practices.”

RMU Sentry Media was able to attend practice and speak to Alex Tonge and Erik Israel to see what they would try to do to stop the skid. One area that the Colonials had to get better according to Eric Israel, was getting shots on goal; “If you don’t have a chance to get a shot and make a play, get a good pass, then get it on net, crash the net and drive the net.”

After their 6-2 loss to the Holy Cross Crusaders, the players held a “players-only” meeting, and Israel said, “It opens the floor for everyone; it’s a time where all 26 players are able to say what they want to say.”

On the streak, senior forward Alex Tonge said, “We’re just going to stay consistent, we have the tools to win… we have to play a full 60, and see where that takes us”. Tonge is the leading scorer on the Colonials with 24 points (12g, 12a), and he said that “you have to bear down more around the net, don’t grip your stick too tight or else it’s not going to go in around the net.”

The Colonials are currently tied with the Crusaders in the American Hockey Conference with 17 points. The Colonials sit seven points out of fifth place with six games left in the schedule.