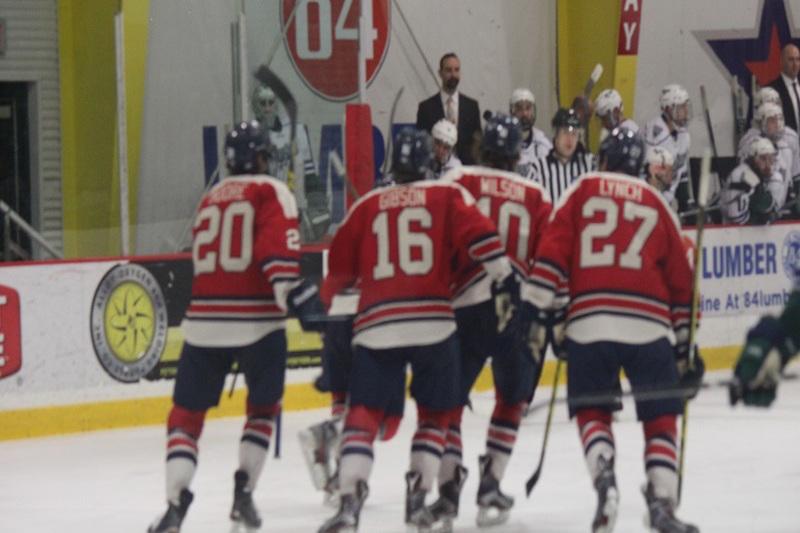 Last season, the Colonials finished with a 24-11-4 overall record, which allowed them to finish among the top 30 teams in the nation.

Even with a great regular season record, last season finished on a sour note. Robert Morris played deep into the post season last year, making it to the Atlantic Hockey Conference tournament final.

In the finals in Rochester, N.Y., the Colonials faced off against the Rochester Institute of Technology Tigers. Though, Robert Morris fell to the feet of RIT, 7-4.

There was no storybook ending to what could have been an exciting NCAA Tournament run.

The team had to say farewell to nine seniors that completed their time at Robert Morris and moved on to the next step of their lives.

Whether it be the few that went on to play in professional camps, or those that use the education that they got in their time here at RMU, the impact of losing that many players will be something to keep track of throughout the 2016-17 campaign.

The seniors’ leadership will put to the test.

“You can’t put a price on leadership,” said head coach Derek Schooley at the team’s media day on Sept. 29.

One of these senior leaders was RMU’s leading scorer, Greg Gibson, who ended last season with 29 goals and 22 assists. After a short nine-game stint in the ECHL with the Florida Everblades in the spring, he moved overseas to play in the DEL-2 league in Germany for the Rosenheim Star Bulls.

Through four games with the Star Bulls, Gibson has three points.

Last year’s juniors now have to step up in a large way to fill those shoes. They know that it is their time to inspire freshman and encourage the team to get stronger each time they take the ice.

This year’s captain, defenseman Rob Mann, who was a big contributor on the defensive side of the puck last year, hopes to do so again. Last year, the 6-foot-4 defenseman blocked an outstanding 94 shots.

Daniel Leavens, who is primed to be one of the offensive leaders, rounded out the end of last year with 18 goals and 11 assists. In his entire career here at RMU, Leavens has 26 goals and 33 assists.

The now seniors take 10 new freshman under their wings. And unlike previous seasons, more of these newcomers will be expected, and relied upon, to produce if Robert Morris has any intentions of competing in the AHC.

One freshman that comes in this year is Luke Lynch — Pittsburgh native and little brother of the university’s all time leading points scorer, Zac Lynch. Of course, the forward has big shoes to fill in terms of producing goals. Luke Lynch stands at 5-foot-11 and played for a North American Hockey League team in Johnstown, Pa.

Another freshman that may have an impact on this year’s Colonials is forward Matt Graham. After losing goal contributors such as Zac Lynch and Gibson, the more forwards the better. Graham came to Robert Morris from Bedford, Nova Scotia — 30 minutes away from the hometown of recent World Cup MVP, Sydney Crosby. Graham got experience playing with the Langley Rivermen, a British Columbia Hockey League team.

As senior forward Ben Robillard stated, a “winning culture” is the tradition that RMU has built for itself, its fans and the teams it faces on the ice.

The Colonials also lost their starting goaltender in Terry Shafer. Shafer ended the season last year playing in 31 games, having won the starting job after Dalton Izyk went down with an injury.

Shafer had a .927 save percentage, making 935 saves, and left him ranked No. 13 in the nation for goal-tending. Izyk got ten games under his belt last year before the injury, giving him experience to carry the Colonials into this season.

When asked about the season at hand, head coach Derek Schooley stated that he is “excited to play.” Schooley also said that they want to play “fast” and “hard.”

Schooley’s high-level of confidence and excitement for this season — despite what many have called a rebuilding year for his squad — should rub off onto the players and the assistant coaches underneath him.

The Colonials have an exhibition game against Queen’s University on Oct. 1 at the 84 Lumber Arena. The puck will drop at 7:05 p.m.