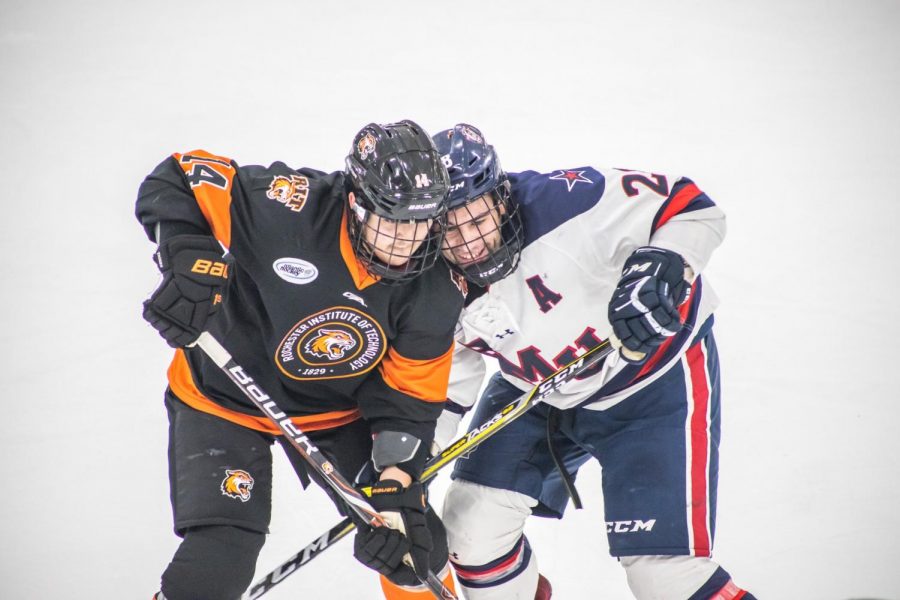 In last week’s Friday game against Holy Cross, the Colonials won 5-2, and the Longueuil, Québec native, Francis Marrotte, was finally able to get the monkey off his back, and get his 44th career win. That win places him first all-time by a Robert Morris netminder.

Although head coach Derek Schooley was away recruiting, RMU Sentry Media was able to interview assistant coach, and former Wheeling Nailers defenseman, Michael Gershon. During practice, the Colonials were working on their special teams, and Coach Gershon said, “As the season gets down you want the special teams to be firing on all cylinders… there are a lot of penalties in today’s game.” On the year, the Colonials are operating at a .141 power play percentage, and a .870 penalty kill percentage.

In Friday’s game, senior defender Eric Israel became only the second Colonials defender to score 20 career goals with the team; the other being Denny Urban (2007-2011), who scored 28 career goals for Robert Morris.

Sean Giles, who has played alongside Israel for three years said, “It’s a great achievement for college hockey, it’s tough to score in this league, so it says about the type of player he is and offensive skill set he has.”

One thing that Giles, Marrotte and Coach Gershon all emphasized was that they played really well against Holy Cross the week before, despite splitting the series. Gershon pointed out that, “Even with the loss, we were really good.” Marrotte added, “I thought we played really well on Saturday, we just couldn’t put it in the net. It was one of our most complete weekends.”

Looking forward to next weekend’s matchup against RIT, Giles added, “RIT has been one of our rivals for a long time, I know we played them in the championship game a few years back (in the 2015-16 season), and it hasn’t really cooled off, and it’s usually physical between us.”