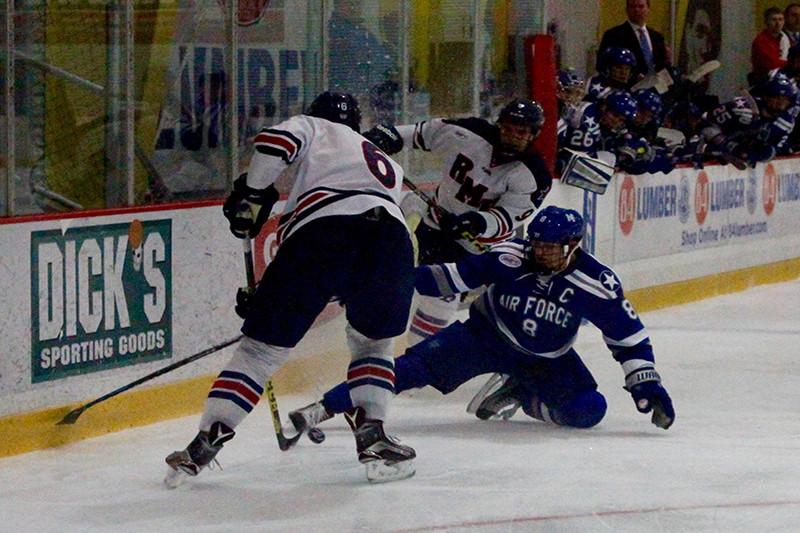 The Colonials fell to 8-3-3 in AHC play after losing to Canisius 6-2 Sunday night.

Canisius 6 (5-11-1, AHC 5-6-1), RMU 2 (9-4-3, AHC 8-3-3): The Colonials traveled to Buffalo, New York Sunday to complete their home-and-home series against Canisius. However, RMU was not able to pick up their tenth win of the season as the Golden Griffins scored three first period goals to jolt them to victory. Canisius went up 2-0 before senior Zac Lnych scored RMU’s first goal of the game to make it 2-1. Canisius then went on to score the games next four goals to take a five goal lead, 6-1. Sophomore Alex Dagnal cut the Colonial’s deficit to four when he scored a third period goal to make the game 6-2. Senior goalie Terry Shafer started for the Colonials in net but junior goalender Dalton Izyk replaced Shaffer in the second period.