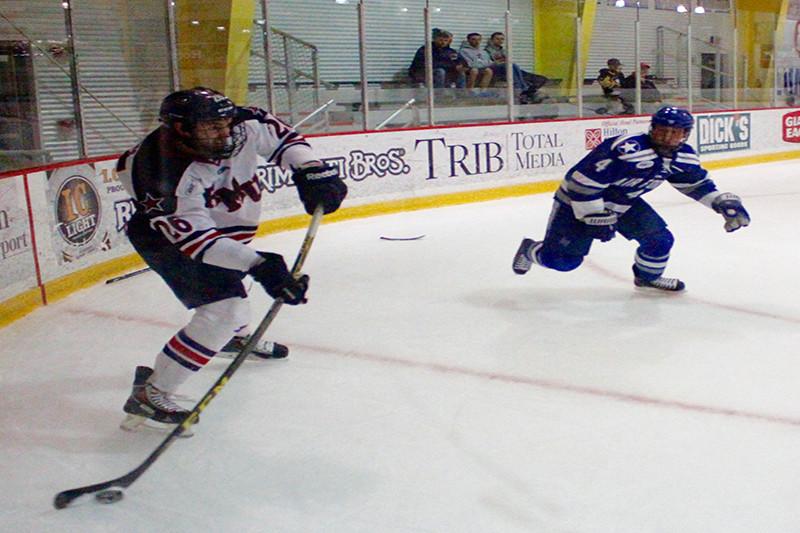 The Colonials could not complete the series sweep of RIT losing game two of the series Saturday night.

RIT 6 (4-8-2, AHC 4-3-1), RMU 3 (8-3-3, AHc 7-2-3): The C0lonials wrapped up their weekend series with the tigers of RIT Saturday evening but it wasn’t how RMU wanted to complete their weekend as RIT skated away on their home ice with the win. RMU scored two goals in the first period to take a 2-1 lead as seniors Brandon Denham and David Friedman found the back of the net. RIT went on to score the game’s next three goals and took a 4-2 lead. Sophomore Alex Bontje made the game 4-3 with his first collegiate goal of his career but RIT netted a pair of insurance goals to extend their lead to 6-3. Junior Dalton Izyk received the loss for the Colonials as he gave up six goals on 25 shots that came his way in net.