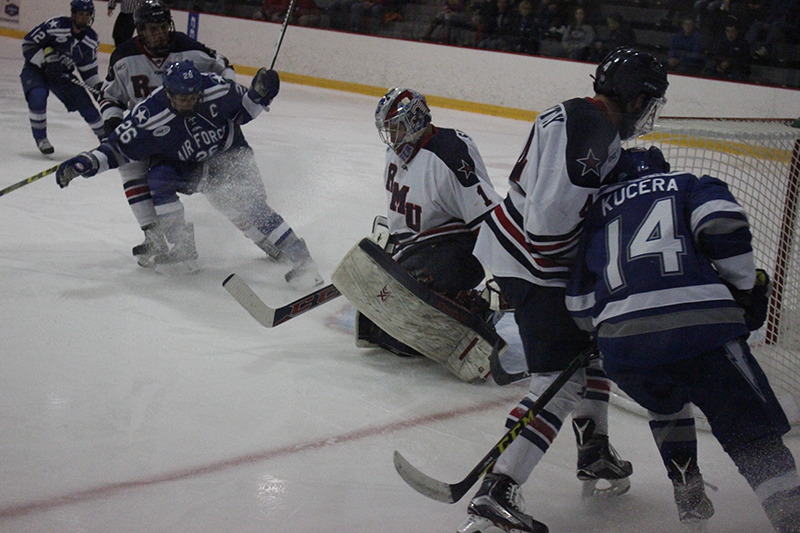 RMU tied with Niagara 3-3 Friday night in the opening game of the weekend series against the Purple Eagles.

RMU 3 (1-0-2, AHC  1-0-2), Niagara 3 (0-2-1, AHC 0-0-1): RMU headed to Niagara Falls, New York Friday evening for a weekend two-game series against Niagara. Both teams exchanged first period goals as RMU opened up the scoring via a Greg Gibson goal but Niagara later tied the score at one. In the second period, Greg Gibson netted his second goal of the game on a power play. Niagara tied the game at two later in the period but junior Daniel Leavens gave RMU a 3-1 lead heading into the last period of regulation play. Niagara was able to score a third period goal from Dan Kolenda ultimately sending the game to overtime. Neither team was able to find the back of the net in the extra period forcing the game to end in a tie. RMU outshout their opponent 41-27. RMU goalie Dalton Izyk made 24 saves.