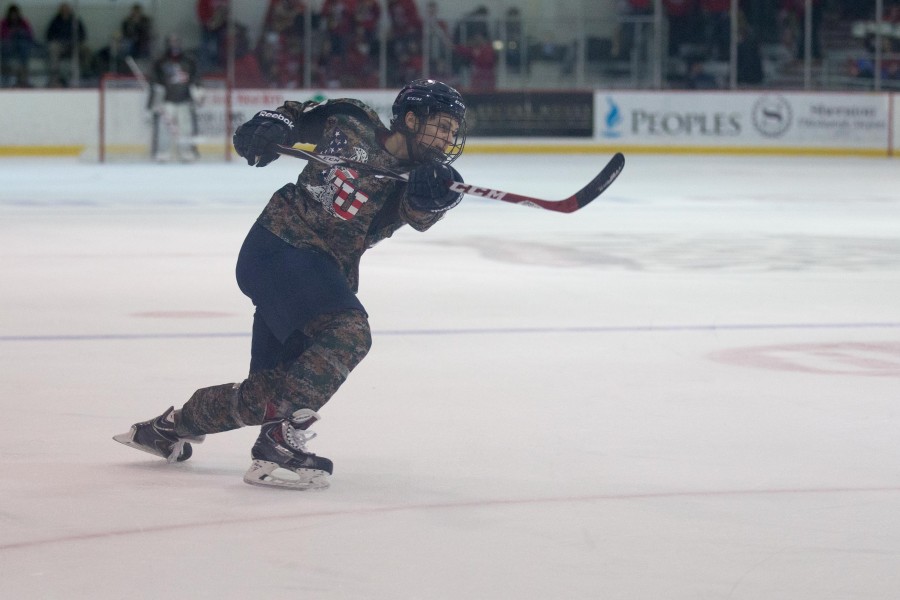 Friday night in Colorado Springs, the Colonials had to battle back against Air Force to get their 15th win. Redshirt junior Tyson Wilson could not have asked to score his first goal of the season at a better time. Wilson tied the game in the third period to force overtime. In OT, Wilson found the back of the net for the second time of the evening to end the game and give RMU the hard fought victory where it had not won since the 2006 season. Goaltender Dalton Izyk faced 23 shots, allowing four goals.

Saturday night at Cadet Ice Rena, the Colonials improved their season record to 19-5-4 and 16-3-3 in Atlantic Hockey contests and swept the weekend series against the Falcons. Senior captain Cody Wydo scored twice and Zac Lynch recorded two goals in the contest as well, but it was Brandon Denham’s second period goal that turned out to be the winning tally. Goalie Terry Shafer gave up two goals on 26 shots from Air Force.