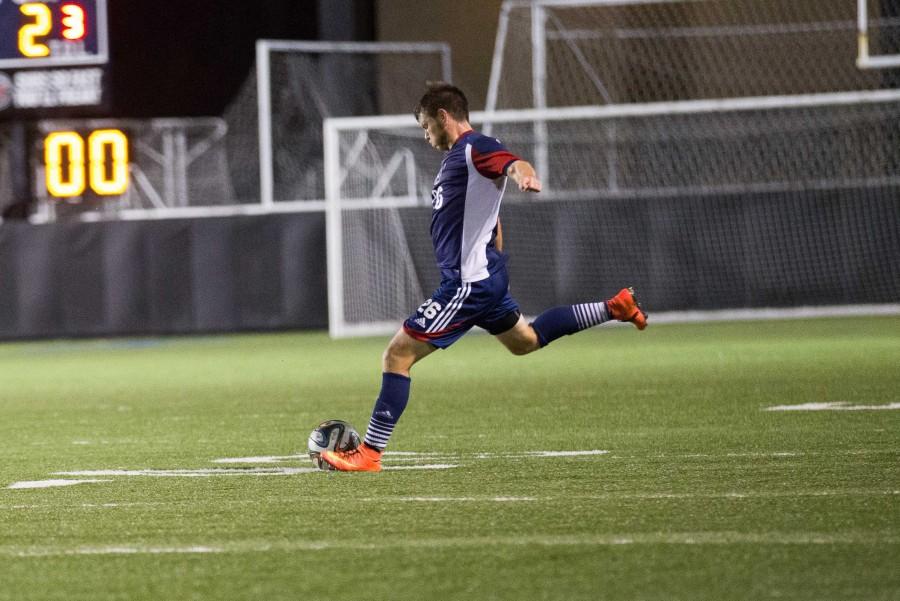 The Colonials fell to 4-5 on the season losing to George Washington Friday.

September 25, 2015
George Washington 4 (3-5), RMU 1 (4-5): The Colonials traveled to the nation’s capital Friday for an afternoon battle against George Washington; however, the match did not go as planned for the Colonials. Robert Morris lost by a score of 4-1 as their only goal came in the 58th minute as junior Curran Edland was able to find the back of the net. Keane Mclvor and Matt Fongay were credited with the assists. RMU as a team finished with seven shots on net. Goalie Brenden Alfery made five saves in net but received the loss for the Colonials.