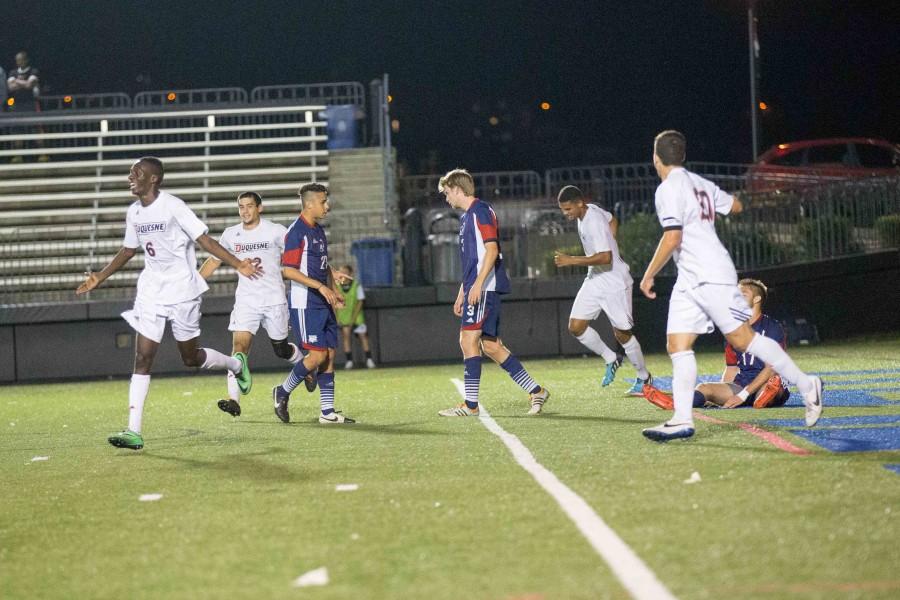 RMU dropped their second straight game in two seasons against George Washington and now sit at 3-5-0 on the season.

George Washington 2 (4-2-3), RMU 3-5-0): Robert Morris attempted to get back to their wining ways after their loss to Duquesne Friday evening when they battled George Washington Sunday afternoon at the North Athletic Complex at RMU. George Washington scored their first goal in the 35th minute which turned out to be the winning goal and then scored an insurance goal towards to the end of the contest in the 85th minute. Robert Morris goalie Winter Fondi made one more save on the day than George Washington’s goalie but the Colonials of RMU failed to find the back. Fondi made four saves in net.